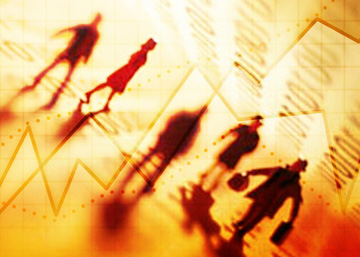 The main defect of hardcore capitalism is its more or less exclusive emphasis on the economic motive and financial indicators like GDP as the measure of human development. And the result is a society and culture which tends to convert every human activity, including those activities which express higher values like education, art or even spirituality, into a business with a commercial motive. The passages in this article are written somewhere in the 1940s and at present the situation may be changing. New values like Corporate Social Responsibility are entering into business and there is a rethinking on capitalism which is discussed briefly in the next article of this issue. However this new thought is still on the fringe and not yet become part of the core values of capitalism. So, what is said in this article is still valid because commercial motive still dominates capitalistic societies and economies.

Man, the half infrarational being, demands three things for his satisfaction, power, if he can have it, but at any rate the use and reward of his faculties and the enjoyment of his desires. In the old societies the possibility of these could be secured by him to a certain extent according to his birth, his fixed status and the use of his capacity within the limits of his hereditary status. That basis once removed and no proper substitute provided, the same ends can only be secured by success in a scramble for the one power left, the power of wealth. Accordingly, instead of a harmoniously ordered society there has been developed a huge organised competitive system, a frantically rapid and one-sided development of industrialism and, under the garb of democracy, an increasing plutocratic tendency that shocks by its ostentatious grossness and the magnitudes of its gulfs and distances. These have been the last results of the individualistic ideal and its democratic machinery, the initial bankruptcies of the rational age.

For this ideal, this conscious stress on the material and economic life was in fact a civilised reversion to the first state of man, his early barbaric state and its preoccupation with life and matter, a spiritual retrogression with the resources of the mind of a developed humanity and a fully evolved Science at its disposal. As an element in the total complexity of human life this stress on a perfected economic and material existence has its place in the whole: as a sole or predominant stress it is for humanity itself, for the evolution itself full of danger.

This economic barbarism is essentially that of the vital man who mistakes the vital being for the self and accepts its satisfaction as the first aim of life. The characteristic of Life is desire and the instinct of possession. Just as the physical barbarian makes the excellence of the body and the development of physical force, health and prowess his standard and aim, so the vitalistic or economic barbarian makes the satisfaction of wants and desires and the accumulation of possessions his standard and aim. His ideal man is not the cultured or noble or thoughtful or moral or religious, but the successful man. To arrive, to succeed, to produce, to accumulate, to possess is his existence. The accumulation of wealth and more wealth, the adding of possessions to possessions, opulence, show, pleasure, a cumbrous inartistic luxury, a plethora of conveniences, life devoid of beauty and nobility, religion vulgarised or coldly formalised, politics and government turned into a trade and profession, enjoyment itself made a business, this is commercialism. To the natural unredeemed economic man beauty is a thing otiose or a nuisance, art and poetry a frivolity or an ostentation and a means of advertisement.

His idea of civilisation is comfort, his idea of morals social respectability, his idea of politics the encouragement of industry, the opening of markets, exploitation and trades following the flag, his idea of religion at best a pietistic formalism or the satisfaction of certain vitalistic emotions. He values education for its utility in fitting a man for success in a competitive or, it may be, a socialised industrial existence, science for the useful inventions and knowledge, the comforts, conveniences, machinery of production with which it arms him, its power for organisation, regulation, stimulus to production. The opulent plutocrat and the successful mammoth capitalist and organiser of industry are the supermen of the commercial age and the true, if often occult rulers of its society.

The essential barbarism of all this is its pursuit of vital success, satisfaction, productiveness, accumulation, possession, enjoyment, comfort, convenience for their own sake. The vital part of the being is an element in the integral human existence as much as the physical part; it has its place but must not exceed its place. A full and well-appointed life is desirable for man living in society, but on condition that it is also a true and beautiful life. Neither the life nor the body exist for their own sake, but as vehicle and instrument of a good higher than their own. They must be subordinated to the superior needs of the mental being, chastened and purified by a greater law of truth, good and beauty before they can take their proper place in the integrality of human perfection. Therefore in a commercial age with its ideal, vulgar and barbarous, of success, vitalistic satisfaction, productiveness and possession, the soul of man may linger a while for certain gains and experiences, but cannot permanently rest. If it persisted too long, Life would become clogged and perish of its own plethora or burst in its straining to a gross expansion. Like the too massive Titan it will collapse by its own mass, mole ruet sua.