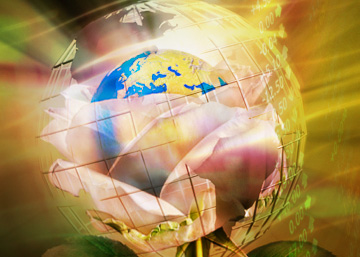 After the financial meltdown in US many thinking minds in economics and business are beginning to recognise the limitations of traditional capitalism and trying to give a new direction to capitalistic thought and practice. This article presents a brief summary of this rethinking of capitalism.

Crisis in capitalism; Deeper Malady and the Emerging Correctiveness; message for the future.

The Crisis in Capitalism

In a conference on rethinking capitalism a group of leading scholars, researchers entrepreneurs and corporate executives sat together to discuss a debate on causes behind and remedies for what they felt as the emerging “crisis in capitalism.” They identified the following factors as the source of the crisis and danger for the effective working of market capitalism:

What is the remedy? Reporting on the deliberations of the conference cited above in Harvard Business Review, Joseph Bower, Herman Leonardo and Lynn Paine argue that the corporate world must take an “activist” role in solving the problems confronting capitalism because most of the national governments are weak and do not have the will or the capability to solve these problems.

The corporate world is in a better position in terms of resources, skill and expertise to solve the maladies and give a new direction to capitalism. Corporations have to collaborate with the government and other institutions to provide solutions which can pull capitalism out of its crisis.

However, in this approach or solution there is not yet a radical questioning of the tenets of capitalism. Most of the threats to capitalism listed in the HBR article are external and not regarded as intrinsic to capitalism. Market capitalism combined with western-type of democracy is still regarded as the best approach to prosperity and a better society. However, the authors of the article admit the failure of capitalism to address the problem of equity: “The growing gap makes a mockery of the idea that growth benefits all.” There is also recognition that business must take an active interest in solving the society’s problems and the need for a collaborative approach to solving society’s problems which are not part of traditional capitalism.

Here comes the importance of another article in Harvard Business Review, where, Christopher Meyer and Julia Kerby present a wider and a more incisive criticism of the two major tenets of capitalism: Competition and the primary of financial indicators like Return on Equity and Gross Domestic Product (GDP). In this article, Meyer and Jerkins make the following critical points on the present condition of capitalism:

Obsessive and exclusive emphasis on competition and financial parameters like ROI and GDP has lead to misdirected priorities in capitalist economies.

Financial gain is not the soul of capitalism. The overall objective of commerce is to better people’s welfare or in other words, “the greatest good of greatest number of people.”

Similarly, the real source of an economy’s vitality is not competition but innovation. Competition can help innovation but strategic collaboration can also be a fertile source of innovation.

The Deeper Malady and the Emerging Correctives

But the factors we have discussed so far are not the root cause of the crisis facing capitalism. The real malady lies deeper. According to Charles Hardy, the well known British management thinker, the real “malaise” within capitalism is the lack of a higher purpose beyond selfishness and greed; capitalism is just a mechanism without a soul. As Hardy explains:

“Communism had a cause-which was, ideally, a sense of equality and prosperity for all, that all people were and could be equal-but it didn’t have an appropriate mechanism to deliver that cause. Whereas capitalism is a mechanism, but it seems to me that it lacks a cause. Is it all just to make ourselves rich, or is there more to life than that? Because when we get the money, that seldom seems to be enough. The question is, are we in danger of throwing the baby out with the bathwater? The bathwater is the inefficiency and intolerance of communism, while the baby is its idealism. And that is what capitalism is sadly lacking. There is a cancer in the heart of capitalism. It is the lack of a cause that can stir the heart. What’s it all for and for whom? The first stage in rethinking capitalism is to be absolutely clear about what it’s all for and who it’s for. I don’t think the answer that it’s for the financiers i.e. the shareholders is a very adequate answer at all, either practically or morally.”

Nevertheless, capitalism is perhaps trying to recover its soul through the new values emerging in business like ethics, corporate social responsibility environmental sustainability, which are becoming some of the new imperatives in business. A recent issue of Harvard Business Review asks in its front page, “what great companies do differently” and answers: “They create value for society, solve the world’s problems and make money, too.” The editorial of this issue of HBR sums up the new thinking emerging in business and management:

“Any manager will tell you that his or her company stands for more than just the bottom line: It takes care of its workers, limits its carbon emissions, improves the welfare of its communities. Notions of good practice change over time. In the early 1900s Henry Ford fattened his workers’ paychecks to help turn them into consumers. Later, big companies began rewarding employees for their loyalty with jobs for life. In recent years corporate social responsibility became an imperative. Now, in the information age, when we can more easily measure our effect on the world around us, companies are increasingly taking responsibility for their big footprints. Perpetually running counter to all this, of course, is Milton Friedman’s famous observation that the only true responsibility of business is to make money.”

Another well-known management Guru, Gary Hamel goes still further into a more or less spiritual domain when he argues that the traditional goal of maximizing wealth is “inadequate in many respects” because it “lacks the power to fully mobilise human energies” and therefore “tomorrow’s management practices must focus on the achievement of socially significant and noble goals” and “deeper soul stirring ideals such as honour, truth, love, justice and beauty” which have “long inspired human being to extraordinary achievements.”

Similarly, the motive of self-interest, as the source of efficiency, productivity or prosperity is also now coming under critical questioning in the light of new discoveries in science. The traditional capitalist thinkers justified self-interest and competition based on old scientific notions that human nature is inherently selfish and the Darwinian “struggle for existence” and “survival of the fittest” is the best way to growth and prosperity. However according to new science human nature is not as selfish as it thought to be in old science. There is a less selfish and more cooperative and altruistic element in the human genetic nature. This new scientific perspective is entering into business and management thinking. Yochai Benkler, Professor for Entrepreneurial Legal Studies at Harvard Law School, in his article, “Unselfish Gene” after discussing emerging scientific discoveries related to collaboration states:.

“For generations modern western cultures have operated on the assumption that human nature is intrinsically selfish. But now the tide is starting to turn. In fields such as evolutionary biology, psychology, sociology, political science and experimental economics, researcher are seeing evidence that the urge to selfless action or collaborate is as much intrinsic to human nature as selfishness and human being are more cooperative and less selfish that we have assumed.”

Another interesting new discovery in science which goes against capitalist notions of life and nature is the new ecological view of nature. According to modern ecology Nature is not merely a ruthless and competitive struggle for existence as Darwin assumed it to be. In Nature, the competitive struggle for existence is only a subordinate or secondary element in a predominantly cooperative and interdependent process where the waste of one organism becomes the food for another. Fritjof Capra, physicist and author, elaborating on the implications of this new ecological perspective for business and management, states:

“A sustainable business organization will apply this principle to cooperation and partnership along product cycles and countless other ways, both internally within the company and industry wide. Here we encounter again the basic tension between economics and ecology that we need to overcome. Economics deal with quantity, competition, expansion; ecology deals with quality, cooperation, conservation.”

The Message for the Future

The message or warning of all these new perspectives on capitalism may be summed up in the following words: If capitalism wants to align itself to these higher laws of human and universal Nature, it has to discard its predominant orientation towards competition and self-interest and uplift its motives towards cooperation, partnership and altruism.

Courtesy: VILAKSHAN, Journal of Xavier Institute of Management [partially reproduced with some modifications.]