Fourth Dimension Inc. > Society and Culture > The Concert of Nations 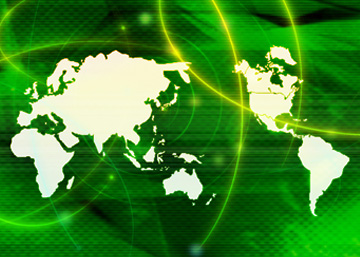 Nations are not mere geographical locations. They are living souls, each with a unique genius and a mission. This article presents a vision which conceives the political life of humanity as a concert of Nations, working together in complementing harmony for the fulfillment of the common evolutionary destiny of humanity.

The most important idea is that the unity of the human race can be achieved neither by uniformity nor by domination and subjection. Only a synthetic organisation of all nations, each one occupying its true place according to its own genius and the part it has to play in the whole, can bring about a comprehensive and progressive unification which has any chance of enduring. And if this synthesis is to be a living one, the grouping should be effectuated around a central idea that is as wide and as high as possible, in which all tendencies, even the most contradictory, may find their respective places. This higher idea is to give men the conditions of life they need in order to be able to prepare themselves to manifest the new force that will create the race of tomorrow.

All impulsions of rivalry, all struggle for precedence and domination must disappear and give way to a will for harmonious organisation, for clear-sighted and effective collaboration.

The first aim will therefore be to help individuals to become aware of the fundamental genius of the nation to which they belong and at the same time to bring them into contact with the ways of life of other nations, so that they learn to know and respect equally the true spirit of all the countries of the world. For, in order to be real and workable, any world-organisation must be based on this mutual respect and understanding between nation and nation as well as between individual and individual. Only in order and collective organization, in collaboration based on mutual goodwill, is there any possibility of lifting man out of the painful chaos in which he finds himself now.

The Soul and Genius of a Nation

Each nation must occupy its own place and play its part in the world concert. This should not be taken to mean that each nation can choose its place arbitrarily, according to its own ambitions and cravings. A country’s mission is not something which can be decided mentally with all the egoistic and ignorant preferences of the external consciousness, for in that case the field of conflict between nations might be shifted, but the conflict would continue, probably with even greater force.

Just as each individual has a psychic being which is his true self and which governs his destiny more or less overtly, so too each nation has a psychic being which is its true being and moulds its destiny from behind the veil: it is the soul of the country, the national genius, the spirit of the people, the centre of national aspiration, the fountainhead of all that is beautiful, noble, great and generous in the life of the country. True patriots feel its presence as a tangible reality. In India it has been made into an almost divine entity, and all who truly love their country call it “Mother India” (Bharat Mata) and offer her a daily prayer for the welfare of their country. It is she who symbolizes and embodies the true ideal of the country, its true mission in the world.

One would like to see in all countries the same veneration for the national soul, the same aspiration to become fit instruments for the manifestation of its highest ideal, the same ardour for progress and self-perfection enabling each people to identify itself with its national soul and thus find its true nature and role, which makes each one a living and immortal entity regardless of all the accidents of history.