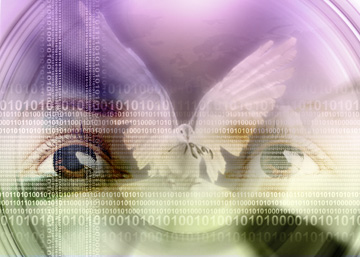 If one knows what is happening outside and from there one moves inward, then one has criteria. One observes that disorder is created by our disorder inwardly. The world is in disorder because we are in disorder, each one of us.

The anniversary of the 26/11 Mumbai massacre is a recent media event filled with analysis and commentaries. But very few of them address the psychological roots of the problem. What makes an “educated” young man into a terrorist and pushes him to mercilessly slaughter fellow human beings in the name of the Merciful? What are the motives and psychology behind jihadic terrorism? What are the remedies?

Whatever we see in the external world is the outer expression of what we are within. So let us begin by looking within us. There is a streak of violence and aggression in everyone of us, even perhaps in the most saintly. The degenerate vital ego in us reacts to every provocation with an inner reaction which is mostly violent and aggressive though nothing of it will be visible outside. This violent streak, the terrorist within us, remains more or less suppressed by society and culture, discipline and the ideals. Mental culture or refinement puts only a mask of the half-cultured philistine over our raw impulses. Even the pursuit of a higher ideal and discipline if it is done without sufficient self-knowledge, discrimination and insight, cannot entirely eliminate this aggressive element in us. The ethical discipline, if it is not sufficiently sincere, conscious and enlightened, creates only a superficial saintliness in which all the aggression, violence and criminal instinct remains suppressed and simmering behind a benign mask.

So the mentally cultured suppresses the terrorist in him and moves about wearing a cloak of social respectability. The half-sincere moralist pushes the terrorist into the subconscious and lives in an illusion of saintliness. The more sincere and enlightened ethical man, raises a little beyond the terrorist element in him and tries to check, control or sublimate it with a higher mental and moral will. But there are a few who slip entirely into this ghoulish streak in them get identified with it and act from it. They are the outwardly visible and destructive terrorists who wreak havoc in society. So the terror and violence we see outside is only an extreme manifestation of the violence and terror within us.

This brings us to the question what are the factors which causes a total identification with the violent self within us? There are many factors within, without and beyond, in the universe. One of them is the sense of injustice or being victimized and the urge for revenge. Vengefulness, the urge to hit back, take eye for an eye is a strong and prominent impulse in our vital nature. So wherever there is large-scale oppression, injustice and inequality, combined with poverty and unemployment, which provides the recruiting ground, it creates a fertile soil for terrorist groups. However, this sense of injustice can be imagined or real. It can be induced or magnified by hostile or megalomaniac propaganda.

There is also an external factor which can add or reinforce this inner violence. Wherever this aggressive, vengeful urge in us finds easy access to instruments for expressing it, there will be an escalation of violence in society. The Gun is an instrument made to kill and therefore carries the vibration of death and violence. The moment we hold it in our hands, this lethal vibration enters into our consciousness. It is a common experience of the wielders of the gun that mere holding of it gives a sense of power and using it to kill, a feeling of exhilaration. The captured terrorist in the recent Mumbai massacre has described how he felt a great sense of power and joy when he first held the AK-27 in his hands. So one of the more material and external cause of violence is the easy availability of instruments of death and destruction like the gun or the RDX or the arms market. However we must also keep in mind that it is the inner factors, which shape the outer life. The inner demand creates the outer need, which the market supplies. A flourishing arms market – black or white – is an indication of the amount of violence within us.

The other factor, which supplies a strong motivation for terrorist acts, is the sense of the hero and martyr dying for a holy cause. If the cause is a truly holy one like for example the patriot dying for liberating his country from alien oppression, this motive creates the true hero. But if the cause is a narrow, dogmatic, sectarian and violent creed, then this great motive force is misused for wrong end. A narrow and violent creed, preached with fiery emotion and in the name of God, is almost irresistible to a narrow mind and an equally narrow heart but with an intensity of feelings. The other lure is the bait of a sensuous heaven after death. One of the terrorists of the 9/11 massacre in US wrote in his diary that by the time you see my diary I will be in heaven in the embrace of nymphs! Those who succumb to such fiery, emotionally charged fundamentalist creeds have no mercy because the idea and the feeling that they are fighting for God or doing God’s work blunts the ethical instinct. A ruler of medieval India in his fanatical religious zeal, proudly boasted that he has killed with his own hands many thousand of infidels! The medieval Christian clerics who burned and tortured “heretics” believed sincerely that they are doing good to their victims by driving out the devil in them!

There is one more factor, which the modern secular and scientific mind refuses to admit but well known in all spiritual traditions. It is the existence of dark and malevolent supraphysical forces in universal Nature who make use of human instruments. Negativities in our consciousness like violence or lust creates an opening to these dark forces. They enter into our mind or heart through these chinks and take temporary or permanent possession of the human instrument. Many who commit violent crimes are helpless puppets in the hands of these more powerful cosmic forces. Some of them have admitted that they are forced and driven by a power beyond their control. There are other explanations or interpretations to this phenomenon in modern psychology. But modern psychology is still an infant science, which is yet to explore all the terrains of human or cosmic consciousness.

These are the inner roots of violence. But what is the remedy? The solutions are easy to put in paper but very difficult to implement. The external remedies are well-known, like for example, strengthening internal security and international cooperation; close watch and strict regulation over the sale of destructive instruments like the gun or the explosive; stopping or neutralizing all political and financial support to institutions which preach or act the cult of terror; a more inclusive, equitable and just socio-economic order. All these and many other measures, however difficult they may be, have to be implemented to make the outer life of humanity reasonably immune to the cult of violence.

There is one more remedy, which is more inward. It is prayer and invocation to the Divine. Whenever a crisis or situation becomes acute and humanly unmanageable, an ardent and sincere prayer, individual and collective, for the divine power to intervene, can bring down the Help of a power infinitely greater than human. This has been a constantly repeating experience of spiritually receptive people all over the world. As Sri Aurobindo points out:

“A prayer, a master act, a king idea
Can link man’s strength to a transcendent Force.
Then miracle is made the common rule,
One mighty deed can change the course of things;
A lonely thought becomes omnipotent.”

But the external remedies, though necessary, are partial, limited, short-term and depends on governmental initiatives. There is an inner remedy, which is more long-lasting and can be put into practice by every individual. This inner remedy is based on the inner ecology of our consciousness, which is governed, by more or less similar type of laws of physical and biological Nature discovered by modern ecology.

We are part of universal Nature not only physically but also in our consciousness. Our minds and hearts are linked together in an interacting and interdependent unity of consciousness. So our inner movements like thought, feelings, desires and impulses are contagious. An inner vibration of thought or feeling, positive or negative, induces a similar vibration in others. A toxic vibration like violence spreads and induces a similar movement in others. And conversely, positive vibrations of love or a vibration created by the conquest over violence also spreads forth and has a healing effect on the mental atmosphere of our planet. Every inner victory gained over violent impulses within us has a positive occult impact in the mental atmosphere of our planet. The Mother of Sri Aurobindo Ashram made the following illuminating observation regarding conquest of desire, which applies very much to the conquest of violence within us:

“If through an effort of inner consciousness and knowledge, you can truly overcome in yourself a desire, that is to say dissolve and abolish it, and if through inner goodwill, through consciousness, light, knowledge, you are able to dissolve the desire you will be first of all in yourself personally, a hundred times happier than if you had satisfied this desire, and then it will have a marvelous effect. It will have a repercussions in the world of which you have no idea. It will spread forth. For the vibration you have created will continue to spread. These things grow larger like a snowball. The victory you win in your character however small it is, one, which can be gained in the whole world….”

The process of this inner action is the same with the conquest over violence. If we are able to eliminate or dissolve the roots of wanton violence and senseless rage in our consciousness, it has a cascading impact on the other centers of consciousness. The victory we win within us creates the possibility and capacity for a similar victory in others.

The inner discipline for the conquest of violence has three aspects: first is a constant rejection of all violent thoughts, feelings and impulses; second is to consciously cultivate the opposite virtues like love, compassion, kindness; third is to make a conscious effort, by deep meditation, to discover the subconscious source of violence and dissolve it at its roots. The other important part of the discipline is a sincere and objective self-observation and a straight and courageous look at ourselves as we are.

Our emphasis on this inner action doesn’t mean ignoring external action to fight, prevent, minimize or eliminate visible violence in the outer life. The inner and outer actions are not mutually exclusive. They can proceed simultaneously. At present most of the attention, analysis and remedies are focused on preventing visible outer violence. This is very much necessary and urgent. But there has to be a few who take up the inner action.