Fourth Dimension Inc. > Society and Culture > The Vedantic Psychology: A Science of Consciousness 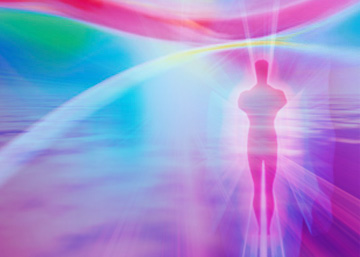 These eastern disciplines such as Vedanta, or Zen are not theories, philosophies psychologies or religions – rather they are primarily a set of experiments in the strictly scientific sense… To refuse to examine the results of such a scientific experiments because one dislikes the data so obtained is in itself a most unscientific gesture.

In ancient India, psychology is an applied science of consciousness for the inner growth and perfection of the individual.

Psychology as a Science of Consciousness

Psychology is the knowledge of consciousness and its operations.

A complete psychology cannot be a pure natural science, but must be a compound of science and metaphysical knowledge.

Spiritual Psychology of the Sages

When the ancient thinkers of India set themselves to study the soul of man in themselves and others, they, unlike any other nation or school of early thought, proceeded at once to a process which resembles exactly enough the process adopted by modern science in its study of physical phenomena. For their object was to study, arrange and utilise the forms, forces and working movements of consciousness, just as the modern physical Sciences study, arrange and utilise the forms, forces and working movements of objective Matter. The material with which they had to deal was more subtle, flexible and versatile than the most impalpable forces of which the physical Sciences have become aware; its motions were more elusive, its processes harder to fix; but once grasped and ascertained, the movements of consciousness were found by Vedic psychologists to be in their process and activity as regular, manageable and utilisable as the movements of physical forces.

The powers of the soul can be as perfectly handled and as safely, methodically and puissantly directed to practical life-purposes of joy, power and light as the modern power of electricity can be used for human comfort, industrial and locomotive power and physical illumination; but the results to which they give room and effect are more wonderful and momentous than the results of motor-power and electric luminosity. For there is no difference of essential law in the physical and the psychical, but only a difference and undoubtedly a great difference of energy, instrumentation and exact process.

This Vedantic psychology explores the idea and intuition of a higher reality than mind. The intuition can only be verified by psychological experience exceeding the normal action of mind. This experience may lead to constantly ascending intuitions verified by an ascent of experience to some summit of being.

Beyond mind psychological experience finds another power of energy, another note in the scale of being. This we will call the supermind. This supermind lives and acts natively in a domain of experience of which the mind becomes aware by a reflective experience and calls vaguely spirit or spiritual being.

I mean by Yogic psychology an examination of the nature and movements of consciousness as they are revealed to us by the processes and results of Yoga.

This definition at once takes us out of the field of ordinary psychology and extends the range of our observation to an immense mass of facts and experiments which exceed the common surface and limited range, very much as the vastly extended range of observation of Science exceeds that of the common man looking at natural external phenomena only with the help of his unaided mind and senses. The field of Yoga is practically unlimited and its processes and instrumentation have a plasticity and adaptability and power of expansion to which it is difficult to see or set any limit.