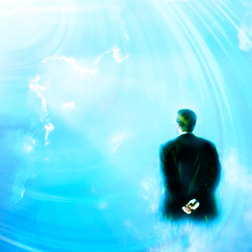 In order to instill a proper and well-rounded pride on the Indian mind, it is once more important to restore the truth about Indian history, especially about Indian society’s glorious achievements…. In abstract sciences like linguistics, logic, mathematics, Indian Culture has been the chief pioneer. In Psychology it is still unsurpassed though it is not yet fully recognised in the West.

August 15 is India’s Independence Day and the August issue of FDI is always reserved for contemplating on the unique spirit and genius of India.

India is well known as the land of religion and philosophy. The spiritual masters of modern India like Sri Aurobindo and Swami Vivekananda have repeatedly emphasised that spirituality is the essence of Indian genius. But this word “spirituality” is used – or rather abused – indiscriminately to denote anything and everything which is beyond or even below the ordinary or average mentality from the highest mysticism, moralism and religiosity to dubious forms of psychism of all kinds. So for a better understanding of the Indian genius, we need a clear and precise perception of the meaning of spirituality.

It is undoubtedly true that spirituality is the essence of Indian genius. But what is the living core of Indian spirituality? It is Yoga. But what is Yoga? The standard definition of Yoga is union with the Divine or to use the vedantic terminology, union with our own highest universal Self. But this is rather the aim of Yoga. What is the process by which this aim of Yoga is realised? If we can answer this question with a scientific exactness we may possibly arrive at a more precise and clear perception of the Indian genius than the one conveyed by a rather vague and much misunderstood word like “spirituality”.