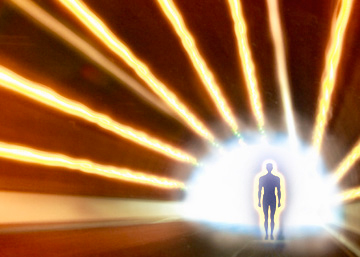 A major challenge facing modern democracy is how to build enlightened leadership within the democratic framework. This article examines the problem in a holistic perspective and in the light of Indian insights.

The Forms of Power

Oxford dictionary defines the concept of power as the “ability to influence people or events,” “right or authority to do something,” “political authority or control.” We may classify power into four categories: political, economic, social and psychological. Political power comes from position, authority and hierarchy. For example a Prime Minister or President of a Nation or the CEO of a multinational company has a certain political power which comes from their position of authority. We may include here as part of political power some of the material or vital forms of power like oratory, physical charisma or mass appeal. Wealth is the source of economic power. This doesn’t need any elaboration or example because the power of money is well known. The social power comes from possessing a knowledge, skill, expertise or qualities valued or respected by the community, especially a particular community, nation or culture of which the individual is a part. For example, in ancient India, the Brahmin had not much of political or economic power but has considerable social power. The fourth and the highest form of power is the psychological and spiritual power, which comes from power of thought, – which means the ability to think with clarity, insight and vision – leadership qualities, strength of character, self-mastery, lived values or walking the talk and spiritual growth.

The great challenge facing modern governance is to ensure that political power goes to people with sufficient and matching psychological and moral power. In ancient India political power was vested mostly with the royal and warrior clans of Kshatriya’s, bequeathed by birth and hereditary. But most of the leaders of the Kshatriya clan, like for example the crown prince, were put through a rigorous physical, mental, moral and religious education based on the ideal of dharma.

How to rectify this situation? The first step is to educate the citizen and the voter on the ideals of true leadership and on the type of leaders which can bring the highest wellbeing to people and society. In this task, the modern mass-media with its extensive reach can be a great help in educating the public on how to choose the right type of leaders. The second step is to maintain certain basic mental and moral standards for contesting the election like for example some minimum educational qualification or no criminal record. The third step is to educate the elected leaders on the ideals of leadership and governance and how to develop the psychological, moral and spiritual power needed to lead and govern in the right way. For example in most of the big and progressive companies in the corporate world, managers and executives go through regular training and development programmes for upgrading their knowledge and skill and some of them make a conscious, systematic and planned effort to educate and groom their future leaders. A similar effort has to be made in the political domain.

The third step is to promote creative thinking and research in political thought, governance and leadership. Here again the modern political world can learn much from the corporate world. Modern business has given birth to the science of management which is a rigorous and innovative academic and professional discipline, which nourishes theoretical and practical research on the various aspects of corporate management, governance and leadership. A similar attempt has to be made in the political domain.