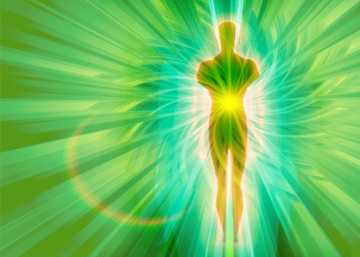 In the corporate world motivation is a means for enhancing human productivity. This article presents a wider perspective that views motivation as an instrument for human evolution.

The Higher Significance of Motivation

Motivation is a subject of perennial interest in management, psychology and leadership. But most of modern thought on the subject is either fragmentary or pragmatic with a heavy emphasis on human efficiency and performance rather than on human development. But an employee in an organization is not just a knowledge, skill and productivity engine existing solely for filling the coffers of the organization or for accomplishing its deadlines or bottom lines. She is a complex living entity with a sacred essence created with a higher purpose. What is this purpose? When this question was put to Buddha, the enlightened master spoke not a word, but simply took a fully blossomed multi-petalled from a basket and showed it to the disciple. The message is that the higher purpose of human life is a progressive flowering of a person’s potential from the lowest physical to the highest spiritual fully developed and actualized in her inner as well as the outer life. This article presents a motivational strategy which can lead to such an integral flowering of the human potential.

Equality of human beings may be a spiritual truth but that is not yet an actual fact of life since individuals are at various levels of development. Motives, values and attitudes of individuals depend on their nature and the level of their inner development. The task or challenge of corporate leadership is to understand intuitively this inner level of an employee and provide her with a motivational programme that matches the unique needs of employee. How is this motivational level of each individual employee to be determined? This is where the importance of the concept of hierarchy of motives comes in.

In modern psychology and management we have the well known need-hierarchy model of Abraham Maslow. This model identifies five basic human needs and arranges them in an ascending order. They are – first, biological needs for sex, survival and other physical needs; second, needs for material and emotional security; third, social needs for affection, belongingness, acceptance and friendship; fourth, the esteem needs for self-respect, autonomy, achievement, status, recognition and attention; and finally the highest need of all, self-actualisation which includes personal growth, achieving one’s highest potential and self-fulfillment.

According to Maslow, as each of these needs become substantially satisfied the next needs become dominant. So the right motivation requires a clear understanding of the motivational needs according to each individual and focus on satisfying them.

The need-hierarchy model of Maslow, after a powerful initial impact on management thinkers and professionals, later went out of favour for supposedly better theories. Maslow’s idea was criticized on many points. For example, it ignores the cultural factor; the needs are parallel rather than hierarchical; it lacks empirical validity. All these criticism can be valid for no mental theory can hope to explain or encompass the incredible complexity of human nature and its motives. So any mental theory on motivation is likely to miss some aspect of the complex problem. But Maslow’s need-hierarchy model has two plus-points over other modern motivational theories. First, it recognizes the process of evolution, viewing the human being as an evolving entity, moving progressively towards higher and higher levels of motivation; second its intuition or idea is broader and more comprehensive than other modern theories.

However, from the view-point of the Indian spiritual vision, Maslow’s model has two flaws. First it ignores or fails to articulate clearly the higher intellectual, moral and spiritual motives in man; and second, from a holistic perspective, it needs to be integrated with a comprehensive vision of human development. Here comes the importance of the Indian vision of human development that rectifies and complements Maslow’s model.

Evolution and Motivation: The Indian Paradigm

According to Indian thought, there are four stages in the evolution of man that takes her towards her spiritual goal. Every human being begins her evolutionary journey as a physical entity driven by biological and security needs. She progresses to become a vital being with her emotional and vital needs. There are two sub-stages in the evolution of the vital person. First she becomes the emotional person with her needs for mutuality, harmonious relationship and enjoyment of life. The social need in the Maslowian hierarchy is only one part of our emotional needs. In the next stage, the vital person becomes the being of strong will and abundant vital energy, the leader or the warrior-type, with her needs of power, achievement, conquest and expansion. The esteem needs of Maslow are again one part of the needs of the man of will and power.

As the person progresses further she becomes the mental and moral being with her intellectual, ethical and aesthetic needs for knowledge, values, ideals, vision. She looks beyond her physical and vital needs, seeking to understand the higher aims, values and laws of life and trying to organize her life according to these higher verities. As the mental person reaches the highest peak of her intellectual, ethical and aesthetic development she becomes aware of a spiritual reality beyond Mind and awakens to this highest spiritual need for Self-realisation, Truth and God. She begins to become the spiritual person.

This four human types or stages in human evolution can be placed in a corresponding four-fold motivational spectrum which will be discussed in greater detail in the next article in this issue. At the lower end of the spectrum are the outwardly motivated who needs the stimulus of external reward or punishment to remain active. At the higher end of the spectrum, first come the self-motivated who feels an intrinsic joy in work and therefore need no external stimulus to remain motivated. Next, come the ethically motivated who feels the need to contribute or serve a higher moral or social cause. The ethically awakened individual seeks not only joy in work but a higher meaning in work. The last and the highest, is the spiritual motivation, which develops when the individual is awakened to her spiritual self beyond her body and mind. Let us now try to relate the four stages of evolution, which we have discussed earlier, to this motivation spectrum.

The physical person who is bound to the needs and instincts of her body is at the lowest level of the motivation spectrum. For her higher evolution and development her vital and emotional being has to be awakened by external motivators like the need for wealth, power, enjoyment and success. The higher vital, mental and the moral types are potentially capable of all higher forms of motivation.

The vital person is capable of self-motivation and self-dedication to a higher moral or spiritual cause. When she awakens to these higher motives and dedicates herself to a higher ideal, she not only accelerates her own higher evolution, but also becomes a dynamic instrument for the higher evolution of the collective.

The vital person inspired by higher values can be a very effective and heroic leader and crusader for manifesting these higher values in the outer life. However, if there is a lack of sufficient mental or spiritual illumination in the mind, the vital person can become an aggressive and intolerant tyrant, forcefully championing a narrow dogmatic idea.

Similarly, the mental person when she awakens to the spiritual motive may blossom into a high thinker, sage or a saint sowing luminous, kindly or inspiring ideals in the consciousness of people. But if there is a lack of strength in the will or vital force, the mental, moral or spiritual person will be ineffective as a leader. So to realize fully the moral and spiritual potentialities, both the vital and mental person have to pursue a mental, moral and spiritual education and discipline, which leads to a deepening, widening and refinement of their mind and heart, and linking their consciousness and will to a spiritual inspiration and energy. One such discipline is the Karma Yoga or yoga of action of the Indian scripture Bhagavat Gita. One of the main principles of the discipline, which has a direct relevance for the corporate world, is to renounce the eager and anxious seeking of rewards of action and concentrate all our energies in the present on work to be done. If we have faith in God, we may add to ther a consecration of all our activities to the divine power. The path of Karma Yoga of the Gita leads to motiveless action, driven not by human motives, vital, mental or moral, but by a universal spiritual force, which transcends the individual and collective ego.

Thus, Indian spiritual vision links motivation with human development in an integrated perspective. This Indian scheme provides a broad and general framework for understanding and identifying the process of motivation in an evolutionary perspective. However, as mentioned earlier, human evolution is a complex process which cannot be rammed into any mental formula. For a human organism is at once physical, vital, mental and a spiritual being. It is the most dominant or manifest part which determines our stage of evolution. We also admit that this Indian scheme of human evolution is only one among many other possible formulas. Other schemes with different systems of classification are also possible and equally valid. We prefer the Indian concept because we find it integral, embracing all the fundamental elements constituting the human organism.

This brings us to one of the major objectives of modern motivation programmes: Job Satisfaction. Job satisfaction happens when the motivational needs of an employee match the nature of work and the rewards received for her work. But mere job satisfaction cannot be the highest ideal for an evolving human being.

In an evolving world, growth and progress is an eternal law and a higher need. Anything which does not grow disintegrates and perishes. Thus someone who is satisfied with her present condition has no inclination to grow. Maslow’s need-hierarchy theory contends that when a lower need is fulfilled, the higher need awakens automatically. But this may not happen, if the individual is intensely attached to the sense of fulfillment or joy which comes from the gratification of her present needs. Or else the higher awakening may come after a very long time, through the slow and painful process of natural evolution, after many hard knocks, suffering and misery.

To avoid these negative possibilities, which may retard the progress of the individual and the collective, we have to create a work-culture which consciously promotes and accelerates the progressive evolution of the individual by awakening in her the dormant higher needs. So the aim of motivational strategy has to be not only to satisfy the employee’s present motives but also to awaken higher motives. This means the physical person has to be awakened to her vital and mental needs and helped to become the vital and mental person; the vital person to her mental, moral and aesthetic needs which will bring the light of a higher culture to her life of raw desire and ambition; and the mental and moral person to her highest spiritual goal.

So, not just job satisfaction but human growth through work has to be one of the higher aims of motivation. And this growth has to be integral covering all the dimensions of the human being.