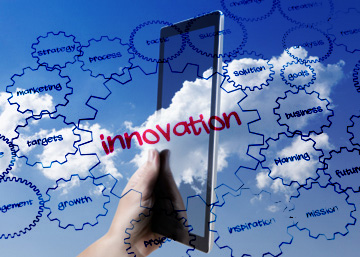 The three forms of corporate innovations, incremental, evolutionary and breakthrough.

Quest for the new and the better is the driving force behind innovation and this quest can be there in every activity, layer or level of the corporate life and in many forms. Let us try to understand the common forms of innovation which occur in the corporate world. This is not a mere academic exercise with no practical values. It helps in focusing the management attention and in measuring the innovative capabilities of the organization.

There are three major types of innovation. First is the incremental innovation in improving the efficiency, productivity, and economy of an existing product, process or service. For example a better lubrication system, which reduces the amount and cost of lubricant and at the same time enhances the efficiency of the machine, is an incremental innovation. The second type of innovation is evolutionary, which builds on what is known but at the same time adds significant new value to the process or product. The compact, fuel efficient and environmental-friendly Japanese cars, which invaded the American market in the eighties and recently Tata’s Nano are examples of evolutionary innovation. The third type of innovation is the “breakthrough” innovations, which lead to a radically new product or process or technology. Sony’s Walkman, invention of the microchip by Robert Noyce and Kim Philby, fuel cell based vehicles are examples of break-through innovations. Most of the innovative organisations have their own classifications, more or less similar to the one which we have described earlier.

One thought on “Igniting Innovation – I Forms of Innovation”