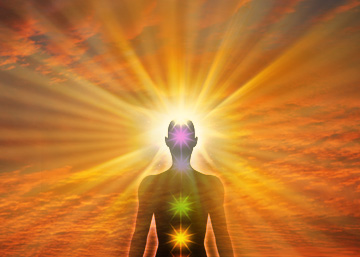 The conception of modern psychology on mental health is converging towards the ancient Indian perspectives.

Steps to mastery; poise of Sattwa; convergence; editorial notes on the practical implications of the converging trends on mental health for individual and collective wellness.

The Concept of Mental Health

During the past few decades, the state of mental health has come to be conceived more and more in positive terms, as denoting the presence of certain attributes associated with psychological well-being, rather than the mere absence of a diagnosable disturbance. One such positive view of mental health conceives it as a state of mastery. Perhaps the most prominent among those who have put forth such a view is the psychiatrist, Karl Menninger, who has described human response to life’s challenges as consisting of five stages: Panic, Inertia, Striving, Coping, Mastery. Some of the chief psychological characteristics associated with the five stages are as follows:

Panic: severe anxiety with almost total inability to relax; extreme attachment to things and persons, associated with a strong sense of possessiveness; violent or destructive feelings such as anger, cruelty, jealousy; wanting to possess or destroy others.

Inertia: aimlessness, boredom and depression; living in the past; motivated chiefly by pain-avoidance and the satisfaction of security needs; passivity and indolence; insensitiveness towards the feelings of others.

Striving: struggle to meet one’s needs by controlling the environment and persons; motivated chiefly by biological needs; continual stress and tension; not inclined to relax unless compelled; critical of oneself and others; competitive with others.

Coping: motivated by rational goals and interests; more or less successful management of oneself and one’s life; a sense of direction, associated with confidence and self reliance; more relaxed than tense; empathy towards others.

Mastery: motivated chiefly by ideals, such as Truth, Goodness and Beauty, sense of meaning and purpose in life; poise and centredness; deep sense of security and serenity; great sense of humour; understanding and acceptance of others.

Towards the Poise of Sattwa

Those familiar with the psychology of yoga would readily detect the correspondence between Panic, Inertia, Striving, Coping, and Mastery on one hand, and the qualities of Tamas, Rajas and Sattwa on the other. Inertia as described above is clearly a state of Tamas, a characteristic attributed in yoga psychology essentially to the physical consciousness. In Sri Aurobindo’s words:

“The stigmata of Tamas are blindness and unconsciousness and incapacity and unintelligence, sloth and indolence and inactivity and mechanical routine and the mind’s torpor and life’s sleep and the soul’s slumber. At the heart of this inert impotence is the principle of ignorance and an inability or slothful unwillingness to comprehend, seize and manage the stimulating or assailing contact, the suggestion of environing forces and their urge towards fresh experience.”

Both Panic and Striving represent different states of Rajas, the characteristic quality of the vital consciousness. Governed by Rajas, states Sri Aurobindo, a human being is impelled

“… to strive, to resist, to attempt, to dominate or engross his environment, to assert his will, to fight and create and conquer. This is the mode of Rajas, the way of passion and action and the thirst of desire. Struggle and change and new creation, victory and defeat and joy and suffering and hope and disappointment are its children and build the many-coloured house of life in which it takes its pleasure. But its knowledge is an imperfect or a false knowledge and brings with it ignorant effort, error, a constant maladjustment, pain of attachment, disappointed desire, grief of loss and failure.”

Coping and Mastery reflect different degrees of the predominance of Sattwa, the quality inherent in mental consciousness. As Sri Aurobindo describes it, Sattwa makes for

“… clear comprehension, poise and balance… it understands, sympathises; it fathoms and controls and develops Nature’s urge and her ways: it has an intelligence that penetrates her processes and her significances and can assimilate and utilise; there is a lucid response that is not overpowered but adjusts, corrects, harmonises, elicits the best in all things. This is the mode of Sattwa, the turn of Nature that is full of light and poise, directed to good, to knowledge, to delight and beauty, to happiness, right understanding, right equilibrium, right order: its temperament is the opulence of a bright clearness of knowledge and lucent warmth of sympathy and closeness. A fineness and enlightenment, a governed energy… an accomplished harmony and poise of the whole being is the consummate achievement of the sattwic nature.”

It is interesting to note from the above-stated parallels that Western psychological thought, which began with a highly materialistic view of things based on physiology and biology, representing a polar opposite of the Eastern spiritual viewpoint, is now coming close to the ideas of the East. However, psycho-spiritual concepts like mastery, meditation, disidentification, peace, spontaneity, living in the here and now, etc., which have been recently emerging in Western psychological thought, have a much deeper connotation in the East. This is due to the fact that in the East such concepts are founded on a system of psycho-spiritual thought and discipline, whereas in the West such a foundation is absent. The purpose of this essay is to bring out the deeper implications of the concept of mastery from the viewpoint of the Gita and Sri Aurobindo’s yoga.

The author is a clinical psychologist and a leading exponent of integral psychology of Sri Aurobindo and the Mother.