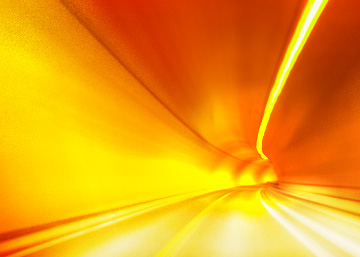 It is said that in work the quality of the work is more important than the quantity. But in spiritual life both the quantity and quality are secondary and subordinate to the inner quality of the attitude and the consciousness in which the work is done. And in the Indian spiritual ethos the primary emphasis is laid on the inner goodness, purity and selflessness of thought, feelings and attitudes. The goodness of the outer act and behaviour has to be a spontaneous expression of the inner goodness. Without a sincere aspiration and effort towards this inner goodness, a mere outer goodness in act and behaviour leads to self-deception and hypocrisy. The following stories illustrate the importance of the inner attitude over the outer act.

A Sufi Master asked his eight sons to keep awake for the whole night and pray. The next day, in the morning, one of prophet’s sons told proudly to his father: “Father, yesterday night all my seven brothers fell asleep as if dead, weak and lazy fellows! But I was able to stay awake and pray the whole night.”

The Master said to his son: “My dear son, it would have been better had you too slept along with your brothers. For by becoming proud and looking down upon your brothers, you have not only squandered the fruits of your prayer, but made your inner condition worse than your brothers. So, tonight, you should again keep awake and pray to God for forgiveness and humility.”

The Master’s son realised his mistake. So that night, he sat on his bed, resolved to pray the whole night for forgiveness and humility. But since he had kept awake the previous night, he was tired and sleepy and was not able to keep his resolve. Within a few hours he was exhausted and fell asleep. Next morning he woke up full of remorse. He went to his father and said with tears in his eyes, “Father I realised how mean and proud I was when I criticised my brothers. So, as you said, I tried to pray for the whole night yesterday asking Him for forgiveness and humility. But Father, I could not, I fell asleep.” The Master patted his son affectionately and said:

“My dear son, don’t be sad. Since you have repented sincerely for your mistakes, not only had God forgiven you, but you have drawn closer to Him. Go with peace in your heart.”

The Ashram of a great spiritual personality of Modern India: The Master gave a long letter to his secretary and asked him to get it typed. The secretary passed on the letter to another disciple and a sadhika for doing the typing.

The Master replies, “Nothing wrong outside. But what is lacking is the inner quality of the work. There is no aspiration… no consecration… there is only sheer brute labour. This is not what I expected from a sadhika.”

Keshav was a saintly soul, who spent his time in meditation and prayer in his small house. Opposite to Keshav’s house lived Revathi, a beautiful courtesan. Keshav was very much disturbed, annoyed and tempted by the beautiful women. He was seething with righteous indignation at the sinful life of the woman and constantly cursing her and telling to God “O God, why you have placed me near this unholy woman.”

On the other side, Revathi regarded Keshav with great admiration and respect. Revathi thought constantly “What a holy life this saintly man is living and what a wretched and sinful life I am living”. She prayed incessantly with longing and remorse “O Lord, if not in this birth, at least in the next birth, let me be born holy like that saintly man.”

One day both Revathi and Keshav were in a boat, along with many other passengers, going to attend a temple festival at the other side of a river. The boat capsized, and all the passengers including Revathi and Keshav drowned and died. The souls of Revathi and Keshav were brought to the world of Yama, God of Death. The story ends by saying that while Revathi’s soul ascended to heaven and Keshav’s soul was thrown into hell. A rather drastic and trenchant judgement, but very illustrative, isn’t it?

A scene from the Christian future – the world is waiting expectantly for the second coming of Christ, when according to Christian tradition, Christ will deliver all sinners from hell. The Devil, the Lord of Hell is very much disturbed. For if he has no sinners to hold and torture in Hell he will be out of business. So the Prince of Darkness called upon God and asked “After your heavenly Son delivers the sinners, what is my position in this nether world Father?” God said, “Don’t worry my dear dark Son. I will send to your dark world self-righteous saints who condemn sinners.”

Gopal was an ardent devotee of Sri Krishna. Every day he used to chant the Bhagvat Gita sitting near the sanctorum of Lord Krishna in a big Vaishnava temple. But his chanting was full of mistakes. His pronunciation was faulty; he missed and skipped words frequently; his diction was against the traditional norms and his voice was shrill. The priests of the temple were very much disturbed and irritated by Gopal and his chanting. But still the trustees of the Temple allowed Gopal to chant in the temple because they recognised his deep devotion to Sri Krishna.

One day, the great saint Chaitanya was to visit the Temple. The trustees and officials of the temple were preparing to receive the great man. They told Gopal not to do his horrible chanting until Chaitanya leaves the Temple. Gopal agreed.

Chaitanya came to the Temple with all his retinue. He was received by temple officials with great respect and devotion. But our Gopal was not able to contain himself for long. He started chanting Gita with his shrill voice when Chaitanya was within the temple. The great saint asked “Who is chanting Gita here”. The temple officials explained apologetically about Gopal to the great saint. But Chaitanya said “he is a great devotee and I want to meet him”.

And the great saint stood before Gopal who was still chanting Gita in his shrill and ecstatic voice, totally oblivious of the surroundings and the people around him and the august divine presence of Chaitanya. Chaitanya called him in a soft voice.

The call broke the trance-like chanting of Gopal and brought his mind back to this world. On seeing the great Chaitanya before him, Gopal made a startled pranam before the saint. Chaitanya blessed Gopal and said “Gopal you are a true and sincere devotee of the Lord. But why are you chanting Gita in such a defective way. Why not you do it properly and in the right way?” Gopal replied “Revered sir, I am a Sanskrit scholar and I know how to chant Gita. But whenever I start chanting, Lord Krishna in His Chariot, appears before my inner vision. And when I see the radiant and beautiful form of Krishna, I get into an ecstatic trance and I can’t chant properly.” Chaitanya said affectionately to Gopal:

“I take back my words. You carry on with your chanting. When you have the Lord of Gita engraved in your heart, what does it matter how you chant Gita with your lips?”

This story of a devotee of Shiva, Kannappar is well known in a region of South India. Kannappar is a hunter belonging to a primitive jungle tribe. He is not a cultured or educated man but an uncouth hunter but he has a simple, pure and selfless devotion to Shiva. He worships a Lingam which is a symbol of Shiva. He has drawn two eyes on the Lingam to make it appear alive and has his own strange ways of worship. Everyday he filled his mouth with water from a lake, spit it out on the Lingam, wiped it with his clothes, placed a few wild flowers on it and went for his work.

One day when he came back after his work for his evening worship of his Lord, he found to his dismay blood was oozing from one of the eyes he has drawn on the lingam. Kannappar cried, “O, my Lord’s eye was wounded, I will give my eye to Him.” Without the least hesitation, he dug plucked his eye out from his socket with his arrow and placed in on the bleeding eye of the Lord. The bleeding stopped but immediately the second eye started bleeding. Kannappar cried again in agony, “O, my Lord’s second eye is also bleeding. Now what can I do.” Kannappar thought for a while and said to himself, “I have another eye and I will give this eye also to Him. What is the use of having eyes in my face when my Lord’s eyes are bleeding?” When he was about to pull his other eye off with his arrow Kannappar stopped and thought, “If I pluck my second eye, I will become totally blind and I will not be able to know where the Lingam is. So I will keep my toe on the Lingam as a mark of identification.” And Kannappar stretched his leg and placed his foot on the Lingam, which in the traditional religion is the ultimate blasphemy. But Kannappar knew not the rules or taboos of religion. After keeping his leg on the Lingam as a mark, Kannappar plucked out his second eye. The legend says, at this moment Shiva appeared and took Kannappar directly to heaven in his living human form.

This story illustrates in a very concrete and radical manner that matters in spiritual growth is not the nobility of the outer behaviour but the purity, selflessness and sincerity of the inner attitude and feeling.

A great Yogi was shown a poem written by his brother. The Yogi after reading the poem made the following comment: