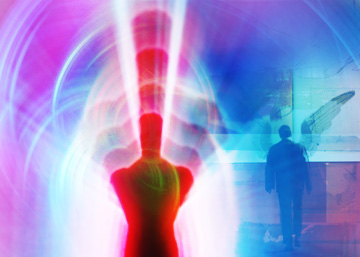 Indian thought held the view that each human individual or group has its own unique and intrinsic self-nature, called as swadharma. This article examines the psychological basis of this concept of swadharma.

According to ancient Indian thought every human individual has four fundamental psychological powers which give birth to four basic human types of personality depending on which power dominates the temperament and personality. These four powers may be called as Mentor, Marshal, Merchant and Worker. The outer life of man is the expression of these four-fold psychological powers within the human being in the collective life.

The first power is the intellectual, ethical and aesthetic being which seeks for knowledge, values and ideals, the power of the Mentor. The second is the will and vital force which seeks for power, strength, mastery, expansion, conquest, leadership and achievement, the power of the Marshal. The third is the sensational, emotional, relational and pragmatic mind which seeks for mutuality, harmonious relationship, enjoyment, production, interchange and pragmatic adaptation and organization, power of the Merchant. The fourth is the faculties of the physical being with its urge or capacity for hard work, obedience, loyalty, craftsmanship and details of material execution, the power of the Worker. One of these powers may dominate the nature of the individual determining his swadharma as a Mentor, Marshal, Merchant or Worker. The ancient Vedic ideal of human development is to develop fully and harmoniously all these four powers of the human being and integrate them around the spiritual centre of the individual.

When these four powers and the corresponding types express themselves in the outer life it creates corresponding collective entities like the economic, social, commercial, political, military, administrative, educational and cultural institutions each with their unique swadharma.

Based on this concept of the four-fold powers in man, Indian thought arrived at two practical conclusions. The first conclusion is that for outer efficiency as well as inner development of the individual, her outer occupation has to be in harmony with her swadharma. This is because the human nature is part of universal Nature and when the human individual lives and acts in harmony with her own intrinsic nature, he is subconsciously in tune with the universal Nature and also with other human natures. And such an ecological attunement with the nature of our own self and the universal Nature leads to efficiency, harmony and smooth evolution of the individual and the collectivity. The second conclusion is that to achieve this ecological attunement, the guiding system of ideals and values for the individual or the collectivity have to be shaped taking into consideration the swadharma of the human organism. This means the system of values for the Mentor, Marshal, Merchant and Worker type of personalities cannot be exactly the same. Similarly the value-system for the business, political, educational, religious or spiritual organizations cannot also be the same because their inner natures are not similar.