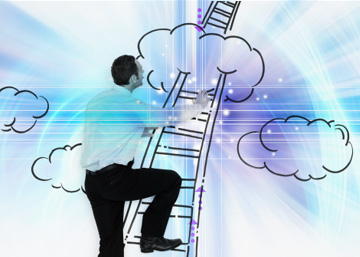 Imagination is a creative faculty which has the power to bring down and manifest what we imagine. But to realise the full potential of our imaginative faculties, it has to be used with right attitudes and discipline.

What Imagination Can Do

Imagination is a power of formation. In fact, people who have no imagination are not formative from the mental point of view, they cannot give a concrete power to their thought. Imagination is a very powerful means of action. For instance, if you have a pain somewhere and if you imagine that you are making the pain disappear or are removing it or destroying it – all kinds of images like that – well, you succeed perfectly. There’s a story of a person who was losing her hair at a fantastic rate, enough to become bald within a few weeks, and then someone told her, “When you brush your hair, imagine that it is growing and will grow very fast.” And always, while brushing her hair, she said, “Oh, my hair is growing! Oh, it will grow very fast!…” – And it happened! But what people usually do is to tell themselves, “Ah, all my hair is falling again and I shall become bald, that’s certain, it’s going to happen!”

And of course it happens!

What is the function, the use of the imagination?

If one knows how to use it, as I said, one can create for oneself his own inner and outer life; one can build his own existence with his imagination, if one knows how to use it and has a power. In fact it is an elementary way of creating, of forming things in the world. I have always felt that if one didn’t have the capacity of imagination he would not make any progress. Your imagination always goes ahead of your life. When you think of yourself, usually you imagine what you want to be, don’t you, and this goes ahead, then you follow, then it continues to go ahead and you follow. Imagination opens for you the path of realisation. People who are not imaginative – it is very difficult to make them move; they see just what is there before their nose, they feel just what they are moment by moment and they cannot go forward because they are clamped by the immediate thing. It depends a good deal on what one calls imagination. However…

Men of science must be having imagination!

A lot. Otherwise they would never discover anything. In fact, what is called imagination is a capacity to project oneself outside realised things and towards things realisable, and then to draw them by the projection. One can obviously have progressive and regressive imaginations. There are people who always imagine all the catastrophes possible, and unfortunately they also have the power of making them come. It’s like the antennae going into a world that’s not yet realised, catching something there and drawing it here. Then naturally it is an addition to the earth atmosphere and these things tend towards manifestation. It is an instrument which can be disciplined, can be used at will; one can discipline it, direct it, orientate it. It is one of the faculties one can develop in himself and render serviceable, that is, use it for definite purposes.

Then, is it through the imagination that one can realise desires or aspirations?

That means? What exactly do you want to say? Imagining that the desire is realised and in this way help its realisation?

Only usually, yes, almost totally what people don’t have at their disposal is the time it takes. But for instance, if you have a very powerful imagination and build up the realisation of your desire, build it up well with all its details and everything, like an admirably made formation existing in itself, totally, you see… well, you may be sure that if you live long enough the thing will be realised. It can be realised the next day, it can be realised the next minute, it can take years, it can take centuries. But it is sure to be realised.

And then, if to this imaginative power you add a kind of creative vital strength, you make a very living force of it; and as all living forces tend towards realisation, it will put a pressure upon terrestrial events in order to be able to realise itself sooner, and it is realised.

The Control of Imagination

I have known people with such opposite sides in their nature, so contradictory, that one day they could make a magnificent, luminous, powerful formation for realisation, and then the next day a defeatist, dark, black formation – a formation of despair – and so both would go out. And I was able to follow in the course of circumstances the beautiful one being realised, and while it was being realised, the dark one demolishing what the first one had done. And that is how it is in the larger lines of life as in its smaller details. And all that because one does not watch oneself thinking, because one believes one is the slave of these contradictory movements, because one says, “Oh! Today I am not feeling well. Oh! Today things seem sad tome” and one says this as if it were an ineluctable fate against which one could do nothing. But if one stands back or ascends a step, one can look at all these things, put them in their place, keep some, destroy or get rid of those one does not want and put all one’s imaginative power – what is called imaginative – only in those one wants and which conform with one’s highest aspiration. That is what I call controlling one’s imagination.

The Power of Beautiful Stories

One must have a lively power of imagination, for – I seem to be telling you stupid things, but it is quite true – there is a world in which you are the supreme maker of forms: that is your own particular vital world. You are the supreme fashioner and you can make a marvel of your world if you know how to use it. If you have an artistic or poetic consciousness, if you love harmony, beauty, you will build there something marvelous which will tend to spring up into the material manifestation.

When I was small I used to call this “telling stories to oneself”. It is not at all a telling with words, in one’s head: it is a going away to this place which is fresh and pure, and… building up a wonderful story there. And if you know how to tell yourself a story in this way, and if it is truly beautiful, truly harmonious, truly powerful and well co-ordinated, this story will be realised in your life – perhaps not exactly in the form in which you created it, but as a more or less changed physical expression of what you made.

That may take years, perhaps, but your story will tend to organise your life.

But there are very few people who know how to tell a beautiful story; and then they always mix horrors in it, which they regret later.

If one could create a magnificent story without any horror in it, nothing but beauty, it would have a considerable influence on everyone’s life. And this is what people don’t know.

If one knew how to use this power, this creative power in the world of vital forms, if one knew how to use this while yet a child, a very small child… for it is then that one fashions his material destiny. But usually people around you, sometimes even your own little friends, but mostly parents and teachers, dabble in it and spoil everything for you, so well that very seldom does the thing succeed completely.

But otherwise, if it were done like that, with the spontaneous candour of a child, you could organise a wonderful life for yourself – I am speaking of the physical world. The dreams of childhood are the realities of mature age.

Use of Imagination in Meditation

Some people are just intellectuals; for them everything is expressed by ideas and not by images… But those who have the power of concentrating with images, well, they have one more facility… To sit in meditation before a closed door, as though it were heavy door of bronze – and one sits in front of it with the will that it may open – and to pass to the other side; and so the whole concentration, the whole aspiration is gathered into a beam and pushes, pushes, pushes against this door, and pushes more and more with an increasing energy until all of a sudden it bursts open and one enters. It makes a very powerful impression. And so one is as though plunged into the light and then one has the full enjoyment of a sudden and radical change of consciousness, with an illumination that captures one entirely, and the feeling that one is becoming another person. And this is a very concrete and very powerful way of entering into contact with one’s psychic being.

For example, when I ask you to go deep down within yourselves, some of you will concentrate on a sensation, but others may just as well have the impression of going down into a deep well, and they clearly see the picture of steps going down into a dark and deep well, and they go down farther and farther, deeper and deeper, and sometimes reach precisely a door; they sit down before the door with the will to enter, and sometimes the door opens, and then they go in and see a kind of hall or a room or a cave or something, and from there, if they go on they may come to another door and again stop, and with an effort the door opens and they go farther. And if this is done with enough persistence and one can continue the experience, there comes a time when one finds oneself in front of a door which has… a special kind of solidity or solemnity, and with a great effort of concentration the door opens and one suddenly enters a hall of clarity, of light; and then, one has the experience, you see, of contact with one’s soul….