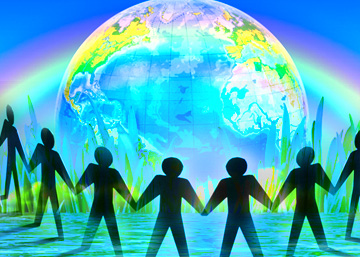 There are three areas which need priority funding in the future: first environmental sustainability; second, poverty and inequality or what is now called as inclusive growth; third is inner growth in the moral, psychological and spiritual dimensions.

The Imperatives of Sustainability

“Quietly in public, loudly in private, climate scientists are saying the same thing. It’s over. The years in which more than 2 degree celsius of global warning could have been prevented have passed, the opportunities squandered by denial and delay. On current trajectories we will be lucky to get away with 4 degree celsius. Mitigation (limiting greenhouse gas pollution) has failed. Now we must adapt to what nature sends our way, if we can.” (George. M, 2008)

The corporate mind tends to view the ecological crisis as a business opportunity and as a means for enhancing the bottom line. For, according to many corporate pundits, “Greening” the planet is likely to be the most profitable growth industry of the future. And many of the ecological practices like energy-conservation are found to be money saving. But the present condition of our planet demands this commercial attitude to be entirely subordinated to an overarching sense of moral responsibility for the well-being of the planet. The present critical ecological situation of our planet requires unprecedented and selfless cooperation between government, business, finance, industry, NGOs and various scientific and technological disciplines or institutions. Such selflessness and cooperation cannot be generated by market-oriented commercial approach. It needs a unifying moral force and purpose.

So, investments in sustainability have to be undertaken with a philanthropic motive and not with an eye on bottom line or return or investment. There must be a free, unreserved, massive flow of funds for enhancing the ecological sustainability with no other consideration than the survival and well-being of our humane race and our planet. There are many areas of research and development related to sustainability like for example fusion technology, carbon absorption technology, nuclear waste disposal and alternative energy sources which need such philanthropic funding. In this task, those individual, groups and nations who have the funds or the technology have to act with great responsibility, generosity and selflessness. For example, rich nations of the world have a great responsibility to bear the cost of combating climate change and help the poor nations in this crucial task. As George Monbiot states:

“Oxfam has made a compelling case for how adaptation (to climate change) should be funded: nations should pay according to the amount of carbon they produce per capita, coupled with their position on the human development index. On this basis, the US should supply more than 40 percent of the money and the European Union over 30 percent with Japan, Canada, Australia and Korea making up the balance. But what are the chances of getting them to cough up?” (George. M, 2008)

This principle applies in general to the corporate world as a whole, which consumes tremendous energy and resources and produces harmful emissions and wastes in a large scale. Companies should never hesitate to spend money in making their unit more and more eco-friendly and do this work as a selfless service to Mother Nature and with a sense of responsibility to the planet.

The other area, which needs priority attention, is poverty and inequality, which still remains as a major problem and challenge facing humanity. There is a growing consensus between economist and other discerning thinkers that globalization has benefited only the rich and the upper middle class and those sections of the society in the lower levels of the income pyramid remain untouched by the globalization. There are studies, which say that globalization has accentuated inequality.

Most of the philanthropic activity of the past in the domain of poverty-alleviation is in the form of charity. But in the future philanthropy must rise beyond signing a check or pumping money. This is now recognized in management thought and development studies. There is at present a growing recognition among development thinkers that Poverty-alleviation has to be viewed in a more holistic perspective as a movement or process for enhancing the physical quality of life of people and their material, economic and social well being which includes factors like health, nutrition, employability, education, skill-development, gender equity, empowerment of people (especially of women), building the infrastructure like roads, communication and above all ecological sustainability. The corporate world, while implementing CSR projects, must take into consideration this new and emerging perception on poverty-alleviation or community development, especially eco-friendly economic development. In terms of financial management, this broader vision of development requires creative use of funds with right priorities and a clear understanding of the aims.

In this task of inclusive growth, philanthropy has to go beyond sharing of wealth to building the capacity to create wealth among the poor, which means not merely giving money, but sharing of knowledge, skill and expertise. Among business leader J.R.D. Tata had this more enlightened conception of philanthropy. He said:

“Every company has a special continuing responsibility towards the people of the area in which it is located. The company should spare its engineers, doctors, managers to advise the people and supervise new developments undertaken by cooperative effort between them and the company.” (Lala, R.M., 1992)

This brings us to another important idea, which is emerging in modern management thought. The old idea of giving is charity. The new idea is that philanthropy has to be done with as much efficiency, productivity and planning as with the pursuit of bottom-line goals like profit or quality. Bill Gates, writing on his philosophy of charity states, “I believe in bringing the discipline of business to the art of giving” which means “doing as much as possible with each dollar.” (Gates B, 1999) This idea has far-reaching implications for philanthropy. It will bring all the efficiency, creativity and innovativeness of the professional mind into the “art of giving.”

The third domain of the future is inner growth. As a civilization we have hit the limits of quantitative and material growth and hovering over a precipice. If we blindly pursue this type of growth any more, we will topple down into the abyss. The multitude of problems and shocks we are facing today are warnings given by Nature telling us, “My dear children, stop, reflect and change course, if you want to survive as a civilization and not disappear like some of the legendary civilization of the past, as evolutionary failures.” We have to change course and turn towards a more qualitative and inward growth. This is also the reason why there is at present a widespread seeking for inner fulfillment in the moral, psychological and spiritual domains all over the world an in every section of the society. This inner growth is not as much capital intensive as the outer growth. But still, all activities, institutions and experiments, which promote this inner growth, especially in the field of education, require generous funding from government, business and philanthropy. Moreover, in the collective dimension, the inner growth requires creating an outer organization or environment favourable to this growth and also expresses it in the outer life, in work, and action. This requires new experiments in community building, which also require funding.