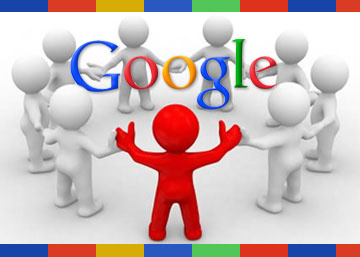 Constant and continuous learning and growth is now accepted by all progressive companies as one of the major aims of corporate life. In the domain of people it is traditionally called as “development”. All human beings in the organisation, leaders, managers and other employees have to “develop”, which means learn and grow towards their full potential. Now, the question arises; ‘how to promote this growth among managers?’ Each company has its own way. This article explores the path charted by the well-known IT giant, Google, in the light of integral management and based on an article in Harvard Business Review “How Google sold its Engineers on Management” by David A. Garvin.

In general, bright, talented and innovative techies regard management with suspicion and scepticism. Until recently this was the case with the highly technocratic culture of Google. As Eric Flatt, a software engineer at Google points out, “we are a company built by engineers for engineers” which means or implies, managers have nothing much to do or contribute in such a culture dominated by techies. Initially the founders of Google, Larry Page and Sergey Brin tried to create a flat, collegial culture with minimum hierarchy and management. But it didn’t work. As the organisation became bigger and the non-technical and human-related problems and issues started multiplying, leaders of Google realised that management is needed for dealing with these issues like for example communicating strategy, facilitating collaboration, resolving interpersonal conflict, supporting career development. To fulfil this need, in the first stage, a human resource function called as “People Operations” was organised under an able HR manager, Lazlo Bock. This division managed performance reviews, which included annual 360 degree assessment, employee surveys, career development, perks, benefits and company culture. A year later Bock hired Prasad Setty to lead a people analytics group. He challenged Setty to approach HR with the same empirical rigour and discipline which Google applied to its business operations.

Thus came Project Oxygen, a multiyear research initiative with the objective of proving to the engineers with an objective, scientific, analytical, statistical, data-driven approach that management matters. This initiative by Google not only convinced the engineers of the need of management but it has grown into something more positive, a highly effective system of management development. As David A Garvin, points out in his article on this subject in Harvard Business Review “It has since grown into a comprehensive programme that measures key management behaviour and cultivate them through communication and training. By November 2012, employees had widely adopted the programme and company had shown statistically significant improvement in multiple areas of managerial effectiveness”.

What the Best Managers do

After extensive interviews, feedback and reviews form employees, managers and leaders of Google, and a vigorous analysis of the data, Project Oxygen identified eight key-behaviour demonstrated by the company’s most effective managers. These key-behavioural traits primarily describe leaders of small and medium sized groups and teams and especially relevant to first and second level managers. Here are eight behaviours identified by the Project Oxygen:

This list of behavioural traits is not something new. Many of them are discussed extensively in current management literature and more or less well-known to management scholars and professionals. But there are two factors which make it a little different from others. First, it is company-specific, evolved out of research. Within Google, and therefore reflects the nature, temperament and culture of “Googlers”. As Michelle Dovovan, a team leader of the people analytics group points out “Even though the behaviour weren’t terribly surprising, we hoped that the list would resonate because it was based on Google’s data. The attributes were about us, by us, and for us”. The second factor is that process goes beyond identification and assessment to actually developing the qualities. In most organisation identification of desirable behaviour or qualities is mainly for assessing performance which in turn is used for rewarding or firing decisions. But in Project Oxygen in Google, identification of behaviour is not only used for assessment but also for providing specific guidance for improvement. Let us now examine how it is done in Google.

To operationalise the Project Oxygen findings, people ops created two systems. First is a system of assessment and the other is a training programme. Two types of assessment surveys are conducted among employees: an upward feedback survey (UFS) for administrative and global business functions and tech management survey (TMS) for engineers. Both surveys asked employees to evaluate their managers on a core set of activities directly related to the eight managerial behaviour. For example, one of the key-behaviours “Empowers the team and does not micromanage” was split into four core activities: does not micromanage; balances giving freedom with being available for advise; makes it clear he or she trusts us; advocates for team with others outside the team. Employees are asked not only to rate but also to explain briefly how that specific activity is carried out by the managers along with some of the best practises adopted by them. For example, regarding “does not micromanage” an employee states “He doesn’t micromanage me, is very logical and is willing to listen to you and not run an evil agenda. He is very respectful… I would not think of leaving Google as long as he is my manager.”

The survey findings were sent to each manager with the confidential comments from their reports with clear recommendations on how to improve in the areas which he or she lacks. For example someone who has low scores in coaching might get a recommendation to go through a training course on how to deliver personalised, balanced feedback. These surveys were very much welcomed by managers. “Managers have expressed few concerns about signing up for the courses and going public with the changes they need to make” says David A Garvin in his study in Harvard Business Review.

Apart from the training programmes for self-improvement, development team sets up panel discussions featuring high-scoring managers from each function from whom employees can get valuable advice and guidance. People also send new managers automated email reminders with tips on how to succeed in Google, links to relevant oxygen findings and information about courses they haven’t taken.

What are the common lessons or universal principles we can derive from Google’s approach to developing managers? The functions of management in essence can be classified into four timeless principles.

All effective managers have distinctive and above average competence in all the four functions. However in our present corporate environment, the fourth factor, “engaging people” is becoming increasingly important as a factor of success. This is the reason why in the Google’s list of eight behavioural traits, except the fourth and the last two, all other traits fall under the category “engaging people”. And these traits brings with great clarity and precision what are the factors which lead to effective people management. The message which comes across strongly from the research initiatives of Google is that an effective people managers has the following qualities

Another significant factor in the Project Oxygen findings is that they come from in-house research and therefore to a certain extent company-specific. We can learn from academic research covering many companies or consultant’s reports. But the advantage of extensive in-house research is that it indicates more precisely what are the factors which makes a manager effective in that company with its own unique culture and values.

This doesn’t mean oxygen findings are something exclusively unique to Google. Every company is a representative chunk of humanity or more specifically, corporate humanity, and every deep and creative research on such a group will reveal the universal as well as the unique elements of the group. As we have discussed earlier briefly, the Oxygen findings contain some universal principles of effective people management. But the unique and specific traits brought out by in-house research have its own importance and utility. For example a similar type of in-house research conducted in a manufacturing company like Tata Steel or Toyota may come out with a different set of effective behaviours. Some of them which belong to the universal category maybe more or less similar to that of Google. But there may also be some specific behaviours unique to the company. For example in a manufacturing company process-management capabilities may be as much important as that of people management.

The most positive element in project oxygen is the smart combination of assessment and improvement which are the two aspects of development. In most companies assessment or performance evaluation is a tool for rewarding, censure or firing and not for improvement or development. In Project Oxygen self assessment is a means for self-improvement. When it is made clear to people that primary aim of assessment is development then it takes off much of the anxiety over performance evaluation and the stigma of low score. In Project Oxygen, managers felt no hesitation in openly recognising and accepting their inadequacies and taking up training for improvement.

This brings us to another factor which may be included in arriving at the qualities of effective managers: self-assessment from the mangers themselves which means asking the managers questions like: Do you agree with the list of effective behaviours arrived through employee surveys? What do you think are the qualities which make you effective managers? How you have acquired those qualities? How much of them are inborn to and how much you have developed through experience, training and conscious self-development? This may reveal some new insight which the employee surveys might have missed.

And finally, a few pertinent points in the light of integral management. Every human function or activity has two aspects: Outer behaviour or skill and inner state of consciousness made of thoughts, feelings, attitudes, faculties and values. An outer behaviour can be authentic, lasting and effective only when there is a growing harmony or correspondence with the inner state. Take for example one of the managerial behaviour identified by Google “Express interest in and concern for team members’ success and personal wellbeing”. There must be an attempt to understand what is the inner state of consciousness which can lead to this behaviour; it requires emotional intelligence, empathy and certain amount of selflessness. If someone is lacking in this area, the best way to improve and develop is to build these inner factors in the consciousness. Here comes the importance of the Indian Science of Yoga which can be of great help in this task.