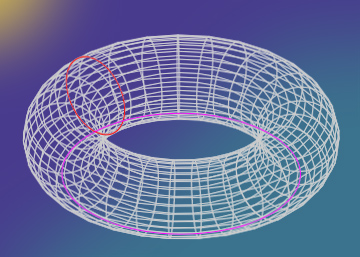 A perennial problem in the science and practice of organization is how to balance the needs, aims and development of a small group or community with the larger empire of which it is a part. The empire is the larger whole or organism with many smaller organism, under its control or administration; it can be the political empires of history, like the Mughal or Roman empire or it can be the more modern empire like the large or small nation-state with many provinces or the still more recent corporate empires like the multinational firm or a large company with many geographical divisions. This article examines this issue as a problem of organization and tries to arrive at a creative synthesis between the freedom and creativity of a small community and the power and efficiency of the large empires.

In human history small communities come first. The communal life begins with individuals coming together to form small communities, like the family, caste, group, religious commune, village, small town. These small groups, when they are relatively free from external control, are much more creative than the bigger centralized empires, which came later.

We can find many illustrative examples of this phenomenon in world-history. When we examine Indian history the most original and spiritually creative period in Indian history was when the Indian civilization was divided into small kingdom as in Vedic and Epical India, which gave birth to the spiritual vision and the core moral and social values that shaped the Indian civilization. According to Indian historians, the classical age of Gupta emperors was the golden age of India. But in a deeper perspective, the true golden age of India are the much earlier Vedic period when Upanishadic sages lived. It was the age when, in small kingdoms, every section of the society, from Kshatriya Kings and Brahmin hermits to cart-pullers and merchants sought the highest truth. In these small communities in ancient India, Brahmin hermits sat at the feet of enlightened King-sages and kings sat at the feet of the low-caste rickshaw-puller to know the truth. Even in later periods, when strong Kshatriya warriors like Chandra Gupta started building large empires, there were small communities which were experimenting with developing a variety of political system like republics, aristocracies, oligarchies, monarchies. Similarly, in the history of the west, the most creative periods are when in small cities and towns in
Greece like Athens, great minds like Periclus, Socrates and Plato were shaping the values and ideals of the Western civilization.

This brings us to the question what makes the free, small community more creative than the large empire? There are some vitalising factors, which are dominant in a small community.

First, they grow freely guided by their latent communal insticts which knows much better than the mental idea what is best for its own progress and well being. Each community develops its own economic, social and political system and organization, which is best suited to its inner temperament and talents and the outer ecology and environment.

The third factor is a sense of solidarity and participation. In a small community, there is a greater sense of unity and harmony among people, and a more active participation of the individual in the community life.

The fourth factor is culture and values. Since there is a greater intimacy and inner and outer bond among people, small communities have a stronger sense of ethics and values. When the community is sufficiently prosperous and educated, the thinking and contemplative sections of the community turn towards deeper and higher pursuits, and as a result come into contact with the deeper and higher mind in them and in the community, which is the source of culture.

But most of such small communities can’t remain free and independent for a long time. After some time they come under the political subjugation and the administrative control of large empires. The centralized organization of the larger empire begins to impose its authority over the life of people in the community in the form of interference by government official, edicts of kings, rules and regulations foisted by the representatives of the empire, military action against all rebellion. As a consequence, negative feelings like fear and suspicion, resentment and revolt among people stifles initiative and creativity. Another defect of organized empires is that most of the creative energy and talent of people are drowns towards building and maintaining an efficient and powerful economic, political, administration machine, concentrated mostly in large cities. This leads to a depletion of vital energy in the social and cultural life of people and in small communities. When we examine Indian history, we will find that in the large empires like Maurya, Gupta or Mughals, there was not much of original creativity in the spiritual and cultural domains except in architecture. Classical period of the Gupta empires was rich in literary and philosophical works, but most of them were not original but derivative bused on the ideas and mo   created in the earlier Vedic and epical ages, which created most of original motifs, ideals and values of Indian culture.

Similarly, in the west, the large Roman Empire was mighty in militaries strength, and great in organization and engineering works. But there is not much of original creative works in thought, art or culture. A western historian said about the Roman Empire that it has “great drains but not much of brains”.

Towards a Creative Synthesis

We have already discussed briefly the advantages of a small community. But a small communities have their own short comings. They tend to remain closed within themselves and without any interaction with outside world. And when this happens, they come under the influence of all the negative laws of entropy, which means progressive disintegration. Age-old customs, tradition and institutions becomes rigid and petrified. The rich, powerful and wealthy in the community with nothing to oppose them, begins to oppress and exploit the weak and the poor. This is what happened in many village communities in India. They tend to remain indrawn and closed within their small world and as a result, most of the village institutions like the Panchayat degenerated. In many of the villages in India, the “Kacha Panchayat” has become an oppressive institution, which doles out cruel punishments on people based on primitive laws. Here comes the role and advantage of a larger empire. When it is governed by enlightened and benevolent leadership, the empire can provide the following factors which a small community lacks.

The instinctive need of a small community is for freedom and autonomy and to grow in harmony with its own unique inner temperament and outer environment. On the other hand, the instinctive urge of the larger empire is for order, unity and control. The need of a small community for freedom, autonomy and self-directed growth is a very legitimate need. If the empire tries to stifle this need by imposing order through authority, military might or a rigid administrative control then the small communities will lose their creative vigor and vitality, which in turn will impoverish the empire. However, the urge of the empire for a certain amount of unity and order among the small groups is also not illegitimate. This brings us to the question what is the most effective way to achieve this unity or order without stifling the creative freedom and autonomy of the smaller groups? There is at present an increasing recognition among modern organizational thinkers that the best way to do this is the fifth factor. We have mentioned earlier: shared vision, and values and a common purpose.

Building the Shared Vision and Values

We are now brought to the next question what is the nature of the values, vision or purpose which can lead to the most creative integration of the larger empire with the small communities under its umbrella? And how to incorporate them in the communal life?

The Fundament values for sustainable community building were given for all times in the triple values of the French revolution: Liberty, Equality and Fraternity.

Liberty means individual and communal freedom, and in social and political organization, it means fostering the self-governing community. The empire should encourage the small communities within them to build self-governing political and social system where all the sections of the society are fully represented and participate in the decision-making and community-building. A representative of the empire may be part of the governing body of the group. But he or she will be a felicitator who acts as a bridge between the empire and the community; conveying the needs, aspirations and problems of people to the empire and providing the organizational skill for bring the knowledge, resources and expertise needed for making and implementing the decisions of people; communicating the vision and values of the empire to the people and helping them to incorporate them in their decisions.

The value of equality has two aspects: awakening to the equality of the human essence beyond or irrespective of status, gender and other identities. Second is distributive justice, which means, equal opportunity for advancement and access to resources and equitable sharing or distribution of knowledge, power wealth, culture, and fruits of development among people and the communities. The task of building fraternity involves awakening the individual and community to the unity, mutuality and interdependence of life, making them feel they are linked with others and they are part of a larger whole and their wellbeing and progress is dependent on the wellbeing and progress of others and that of the larger whole.

This task of inner awakening has to be accompanied by building appropriate systems, structures and institutions, which help people to convert this a wakening into interactive learning and collaborative action that lead to the wellbeing and progress of the whole.

The other set of values, which have a great motivational power, are the values that rise from the cultural and civilization roots of the empire. Like for example, the moral religious and spiritual values of India. These values belong to the deeper and inner mind and soul of the empire and therefore they have a greater creative force than purely economic or political motives.

Finally, a sustained and united action, which leads to great collective achievements, requires an inspired and shared vision of the future, not something abstract, but an actionable mission, which can be accomplished within a time frames, and brings greatness, wellbeing and progress to the empire and the people. Ideally or preferably, this mission has to be in harmony with the unique cultural genius of the empire. For example, for India it could be something like building excellence in value-education or creating and implementing on a nation-wide scale a world-class system of moral and spiritual education. However, the vision could also be progressive, changing or modifying itself according to the evolutionary condition or stage of the empire. For example, when the major problem facing the empire is massive poverty or inequality, then achieving economic and social justice has to be the next immediate goal. But when the empire attains a certain level of economic prosperity and social justice then the vision or the mission can be shifted towards cultural aims.