Fourth Dimension Inc. > Society and Culture > Resurgence of the East or the Triumph of Western Capitalism? 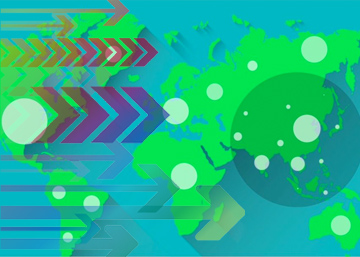 (What is the significance of the emerging economic resurgence of the East? This article examines this question from a deeper perspective.)

In one of its recent reports, the well-known consultancy firm PricewaterhouseCoopers (PwC) presented some interesting facts about the emerging economic power shift from West to The East. Here are some interesting details from the report:

Do we, Asiatics, have to be proud and happy about it? It depends on the angle at which we look at it. From one angle yes because, it is perhaps the beginning of a decisive shift of the power and centre of civilization from the West to East or to be more precise, back to the East, because domination of the West is a modern phenomenon, only for the past few centuries. In the ancient world, East was the main centre of civilization for many millennia.

However, viewing the scenario from another perspective, this only means a triumphant entry of western capitalism and its values into the East, because all these new waves of prosperity in the East are the result of adopting western capitalism with some modifications to suit the unique economic and cultural flavours of eastern nations. Most of the new generation of young people in these eastern nations such as India, Korea and China are aggressively dreaming or pursuing the American/western dream of wealth, success, career and enjoying all the high-tech gadgetry and gizmos, most of which are originally invented in the West.

Our role models are an indication of our values. Today, who are the role models of most of the educated young men and women in India or China? They are Bill Gates, Jack Ma the founder of Alibaba, some Silicon Valley entrepreneur, some media or sports star. The West still dominates the East by its values.

The real shift to the East will happen only when the mental, moral and spiritual values of the East begin to govern the material and economic values of the West, and as a result there is also a shift in the role models of the future generations. The discovery of our spiritual self beyond our body……inner growth of life and mind through work……self-expression of this inner growth in the outer life…..utilization of body, mind and vital as the instruments of the spiritual self…..mental, moral and aesthetic refinement of the mind and the heart as the preparatory discipline for the higher spiritual awakening
Shaping the outer life in the image of the inner values of the spirit…..these are the Eastern spiritual values. When these values begin to shape, govern and dominate the world, this will be the beginning of the true Asiatic century.

When true spiritual progress happens, the present hierarchy of values and the role models will also change and the conditions will be somewhat like those that prevailed in ancient India; humanity will develop to what Sri Aurobindo describes as “spiritual man greater than the thinker and thinker greater than the man of action.” However in the future, the spiritual man may not remain apart from the world of thought and action and there may not be any clear-cut distinction between these three types of people—spiritual, thinkers and doers. The spiritual consciousness will emerge in the thinker and the man of action.

This spiritual awakening is not yet happening on a large scale in Asia. The economic resurgence of the East may be the first step but it has to be followed by the spiritual awakening, especially in countries such as India and China which have the highest spiritual potential inherent in their higher mind and soul.