Fourth Dimension Inc. > Society and Culture > What If Women Ran the World 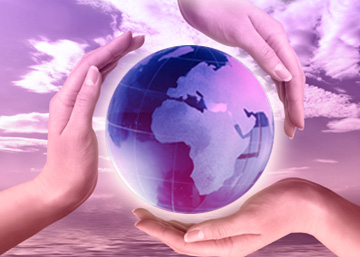 Most of the problems the world is facing today are due to the millennial domination of the aggressive male psyche over human life. If women were allowed to govern, they would have perhaps created a better world.

San Francisco – It is getting harder to escape the sense that most of the trouble in the world – whether it’s coming out of the Senate, a mortgage lender, or a tank turret – can be traced to one overriding problem: too many men steering. Had our economic, domestic, and foreign policy been more informed by women, we might be enjoying a safer ride.

Doubt it? Here’s a test. Would any of the women you admire have set up a healthcare system as byzantine, costly, and underperforming as America’s? Or a financial system where mortgage lenders don’t have to care about being paid back? Or a bailout that spends $1 trillion in public money to subsidize the purchase of junk debt from the same geniuses that generated it? It may be time for guys to hand over the keys, ask for directions, and sit (quietly, please) in the back seat for a while.

Forget gender politics; just look at results. Our computer-based fantasy financial instruments have erased perhaps 45 percent of the world’s wealth. We’ve waged two wars at the same time for six years at a fully loaded cost in the trillions. And we’ve managed the simultaneous implosion of what amounts to most of the male industrial complex, from banks to newspapers to automakers.

Women’s effectiveness as decision makers is well documented, even if it isn’t entirely accepted by either gender.

An MIT study of female leaders running village councils in India found that by objective measures (building better wells, taking fewer bribes) women ran their villages better. American women are about to eclipse men in sheer payroll numbers – and they’re now majority owners of nearly half of the private companies in the country. Yet somehow the average working woman still devotes much more time to child care and housework.

What’s clear is that, on average, men overestimate their IQ while women underestimate theirs. And that may be a clue, in terms of effectiveness: While decisiveness and risk-taking matter, hubris (too often male) creates problems. Humility and collaboration (more often female) solve them. What explains the difference?

It could simply be a matter of emotional need, reinforced by generations of gender stereotyping. Seeking competition and challenge, guys do tend to cast things in shades of conflict: defaulting to a win/lose, right (“my”) position versus wrong (“yours”). On this point, scientists, who are mostly men, disagree. But there’s no doubt that social stability is compromised by masculine habits such as hostile takeovers, and paying enormous retention bonuses to men who’ve driven a business into the ground and have already left.

The difference could be evolutionary. Primordial hunters (men) had to make rapid decisions and act on them, right or wrong, but quickly. Chase that bunny! Club that rival! Run away! Gatherers (women), meanwhile, needed an awareness of the larger context – knowing which berry bushes would ripen when, how to keep the kids from clonking each other with rocks, and generally holding the tribe together and getting things done.

Or, in a world where our reverence for stature remains primitive, it’s possible women just have to be more creative, collaborative, and clever when they average five inches shorter and 27 pounds lighter than men.

But it’s also possible that even men are ready to learn that women make better leaders than they know. A Pew Research survey last year showed that the public rates women equal or superior to men in seven of the eight qualities they value most highly in leadership. The results were striking on the questions of honesty and intelligence, which registered as the two most important characteristics of leadership, and which lately have been in relatively short supply. On these dimensions, women were more than twice as likely to be rated superior to men – by both women and men.

Male cognitive patterns of linear, command-and-control thinking are no longer optimal – either with Gen-Y talent in the workplace, or with geopolitical conflict around the world. We’re heading into an era when we need leadership that enlists self-interest in support of the larger outcome – less transactional and more transformational. Rather than punishing failure or reinforcing conflict, motivating progress.

Many question America’s standing and role in the world. Whatever we might do to mitigate climate change will be completely swamped unless we can positively engage India and China. Complex and interconnected questions of nuclear proliferation, resource scarcity, and interconnected human demands will put an unprecedented premium on collaboration and cooperation.

As women ascend as leaders in policy and business, the decisions they make will be more accountable to a wider array of interests, stakeholders, and outcomes. By example, they will teach us to lead less through positional authority and more through positive influence with more of a bias toward informed action and a clearer connection between everything we know, and all we have to do.

The author is a columnist, business consultant and former presidential speechwriter.