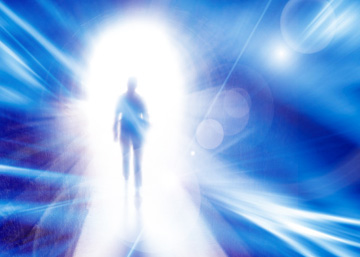 In the popular conception, science is an entirely rational path in which discoveries are made by pure logic or mathematics. But deeper studies and research based on biographies of eminent scientist show that most of the great scientific discoveries are the result of inspired intuitions and not merely logical conclusions. In this article an eminent scientist examines the role of intuition in science.

There is a higher perspective which comes from spiritual insight. This happens sometimes in the practice of science at a stage when scientific work becomes second nature and one is almost always in continuous contemplation of science in the course of searching for a higher perspective. One precondition seems to be total immersion in the discipline. In the course of such a life there are moments of insight or discovery where the vision is obtained and the scientist is in awe of that from which the discovery comes. And one finds that, in that one moment of life, insight descends upon and lifts one up to a certain level, instead of one having to systematically get to it. This insight is unlike any algorithmic process. The insight seems to be unrelated chronologically or spatially to anything else that one has at a particular time. The flashes of insights are uninvited, unexpected and awesome, but are never unwelcome. They are free standing and at the same time, a source of great joy.

There are instances of such happenings in the lives of some of the most celebrated scientists, as revealed by the scientists themselves. The great mathematician and physicist, Henry Poincare, tells us of an incident when he was about to board a bus. He had stepped on to the bus with one foot, but the other foot was still on the pavement. At that one moment, he had total insight into a small abstruse branch of mathematics.

He said that he saw the whole theory in that one instant, complete with all its details, though he had no idea why that thing came to him at that time. That is, between the first foot and the second foot of getting into the bus, he had the whole theory revealed to him. In the words of Henry Poincare himself:

“Just at this time I left Caen, where I was then living, to go on a geologic excursion under the auspices of the school of mines. The changes of travel made me forget my mathematical work. Having reached Coutances, we entered an omnibus to go some place or other. At the moment when I put my foot on the step the idea came to me, without anything in my former thoughts seeming to have paved the way for it, that the transformations I had used to define the Fuchsian functions were identical with those of non-Euclidean geometry. I did not verify the idea; I should not have had time, as upon taking my seat in the omnibus, I went on with a conversation already commenced, but I felt a perfect certainty. On my return to Caen, for conscience’ sake, I verified the result at my leisure.”

This is not like a complicated piece of work that one has accomplished, in which one takes great pride. In the face of such a great insight, one does not take any great pride. Instead, one feels very happy. If you have to say anything, you will say that “the discovery found you”, rather than “you found the discovery”. Here is a feeling of humility and awe, rather than pride.

Henry Poincare wrote, “It is by logic we prove, it is by intuition that we invent. Logic, therefore, remains barren unless fertilized by intuition.” However, often there is a reluctance to descend from the sacred world of spiritual insight into the profane world of common language and symbols. This is an important part of the process of creativity. One can do it with diligence but it cannot be rushed.

A receptive audience is a great aid for this processing. Not doing enough work on transmitting insights and processing visions can have the detrimental effect of having the whole expression being flawed, and the insight being rejected by the community of scientists or artists. Such a process of discovery is not repetitive in the sense of the repetitiveness of the usual scientific experiments and their results. Yet it often happens. Hence, we cannot reject such experiences of reality because they happen in the lives of scientists themselves. Similarly, spiritual experiences are also not repetitive in the above-mentioned sense and hence cannot be rejected either. But where did the vision come from? Perhaps the spiritual traditions have better explanations for such phenomenon, which they call ‘grace’, and which is bestowed upon the sincere and humble seeker. The best answer is “from beyond”, “transcending limits”, the “absolute”, etc.

In this context too, one finds close similarity with the spiritual path. Along this path, as one gets established, there is an unbroken absorption in, and yearning for, the divine. When divinity manifests, the sense of personal ego is not present and time acquires a different texture, and to the extent that one is able to communicate with like persons, there is amazing commonality of their direct experiences.

E.C.G. Sudarshan is a prominent Indian American physicist, author, and professor at The University of Texas at Austin. Among several honours he also received Padma Bhushan decoration by the President of 1976 and first Third World Academy of Sciences Prize in Physics in 1985. In 2007, he was awarded the Padma Vibhushan by the Government of India, the highest civilian award after the Bharat Ratna.