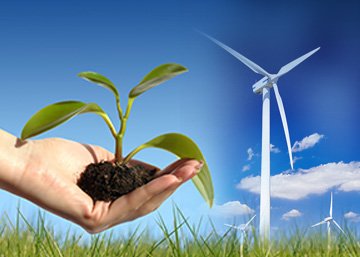 The challenges and difficulties involved in developing sustainable energy resources.

The first and the most urgent need in the energy front is an alternative to environmentally destructive coal and oil. The New York Times correspondent, Thomas Friedman, makes the following interesting suggestion to the present American President:

“If President is looking for a legacy project, there is one just crying out. A national science initiative that would be our generation’s moon-shot: a crash programme for alternative energy and conservation to make America energy independent in ten years. If President makes energy independence his moon-shot, in one fell swoop he would dry up revenue for terrorism, force Iran, Russia, Venezuela and Saudi Arabia into the path of reform – which they will not do with $50 barrel oil – strengthen the dollar, and improve his own standing in Europe by doing something huge to reduce global warming. He would also create a real magnet to inspire young people to contribute to both war on terrorism and America’s future by again becoming scientists, engineers and mathematicians.”

Thus, as Friedman rightly points out, a crash project on developing a viable alternative to coal and oil, if it succeeds, can have a substantial impact on many vexing problems facing us today like jihadic terrorism, energy crisis and global warming. However this project should not be confined to a single nation or pursued for national self-interest. It has to be an international project in which all the major economic and industrial powers in the “developing” as well as the “developed” world, and every institution or group with special expertise in the area of energy and environment, have to participate, and work together, subordinating their individual self-interest for the well-being and progress of humanity.

This may appear too idealistic utopian or impractical. But when the ideal becomes a necessity, and when the survival, success and prosperity of individuals and groups depends on such cooperative effort, then the impractical has to be made practical. As the collective and corporate mind of humanity becomes increasingly aware of the close interdependence of human life, as it is happening now under the impact of globalization, it will be forced towards a collaborative effort to solve the common problems confronting it.

This brings us to the question what are the most promising technologies which has the highest potential for solving the energy dilemma. There are the well-known alternative sources of energy like solar, biomass, nuclear, wind, hydro and geo-thermal. However not all these alternative sources of energy are entirely “green” or safe. Nuclear fission technology because of its radiation hazards, problems of waste-disposal, and the possibility of a Chernobyl-type disaster, cannot be relied upon as the main source of energy. Moreover nuclear fission technology is inherently unecological because it breaks the bonds formed by nature in the nucleus of the atom. And the modern scientific mind doesn’t have the inner vision and the holistic insight of a yogi to see or know the ecological consequences of a fission reaction in the subtler realms of the material nature. Other renewables like solar photovoltaic cells, biomass, and wind farms when used on a large scale, require extensive tracks of land and therefore would compete with agriculture, people and ecosystems. However research and development and funding in these renewable energy technologies should not be slowed down because of their defects. There must be a continuous and sustained effort to eliminate the defects and enhance the ecological and technical quality and efficiency of these energy sources of the future. Even if they don’t attain large-scale viability, they can still be extremely useful as small-scale and decentralized sources of green energy.