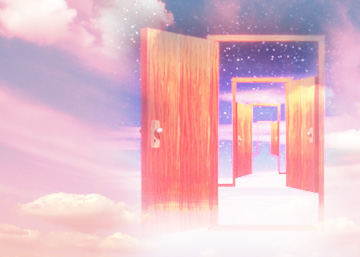 We are in the midst of a knowledge-society and knowledge-economy. We are constantly bombarded with images and ideas from the media. If we are knowledge-workers, we have to think and generate ideas. And in the corporate world, where we have to work as part of a team, we have to brain-storm with others. We must learn how to relate with ideas, our own and that of others, in the right way which lead to understanding and harmony.

Freedom from attachment; freedom from preference and bias; building a mental synthesis.

Most of us are very much attached to our own ideas and personal viewpoint. We tend to think our own ideas or viewpoints are the true, highest and the best and that of others, who differ from us, have different or opposite views are wrong or inferior. We assume consciously or unconsciously that our intellect is infalliable and it can never go wrong. As Sri Aurobindo points out:

“The point is that people take no trouble to see whether their intellect is giving them right thoughts, right conclusions, right views on things and persons, right indications about their conduct or course of action. They have their idea and accept it as truth or follow it simply because it is their idea. Even when they recognise that they have made mistakes of the mind, they do not consider it of any importance nor do they try to be more careful mentally than before. In the vital field people know that they must not follow their desires or impulses without check or control, they know that they ought to have a conscience or a moral sense which discriminates what they can or should do and what they cannot or should not do; in the field of intellect no such care is taken.”

In many intellectuals this attachment to their ideas is so intense that they are unable to tolerate criticism or receive a contrary idea with grace. When their ideas are criticized or come across a contrary idea, they wince in pain or react violently with anger or contempt. Even some of the great minds are prone to such attachments. For example, Rene Desecrates, a pioneer of modern science and one of the most brilliant intellects of our modern age, was intolerant of criticism. When some of his theories are criticized by his contemporary scientific thinkers, he dismissed them contemptuously, telling, “Let the dogs bark.”

Freedom from Preference and Bias

This attachment to our personal ideas is one of the greatest obstacles to receive, understand and assimilate ideas with an impart. At a milder level this attachment creates a preference for a particular set of ideas or ideals which are in harmony with my own mental or moral temperament and a prejudice against all other idea or ideals. For example many scientific and secular thinkers have an open or hidden prejudice against the mystic occult or spiritual perspective. Similarly, in the west, many people have a strong preference for a particular form of democracy which prevails in the modern west and a prejudice against all other forms of social or political systems. Such preferences and prejudices prevent the intellect from seeing the truth and validity of other systems and perspective. These intellectual preference and biases when combined with a sense of superiority can be very subtle which can create a dubious sattwic tolerance. As a well-known exponent of integral yoga describes forcefully this sattwic tolerance.

“The sattwic man has arrived at a certain mean in his way of thought, feeling and action. He tries to take a broad view of things and trains himself to be tolerant of others even when they do not subscribe to his pattern. Of course he is convinced that his is the best, the highest; it is a thousand pities that others do not appreciate his sage wisdom well enough to follow him. But he concedes that everyone has to grow through his limitations, ignorance. He would like to give a long rope to everybody in the hope that one day they will line up behind him. He prides himself in his supreme tolerance. He is a prisoner of his virtue. He is shut up in his superiority and subtle egoism. He exudes a self-righteous cordiality and is superbly content with himself. Naturally he does not move forward. He is stuck.”

So we must learn to relate with ideas and opinions with an impartial equanimity and without attachment, bias, prejudice, pride or condescending superiority. We must learn to wear our opinions and ideas loosely and tentatively, ready to change, or discard them as we grow towards higher levels of insight and synthesis. Our attitude to others ideas which are different or opposite to our own has to be that of humility and learning. We must keep in mind that these ideas may have their truth and validity. I have my opinion, idea or a point of view. There are other opinions, ideas or viewpoints which may be exactly opposite. And in between there are many intermediate angles and possibilities. All these viewpoints may have a grain of truth in them. Our attitude to these spectrums of opinions and views must be to understand the truth behind each of them and widen our mental horizon. If we are able to arrive at a higher mental synthesis linking all these ideas, it can be a great help in our mental development, making our minds wider and more flexible.